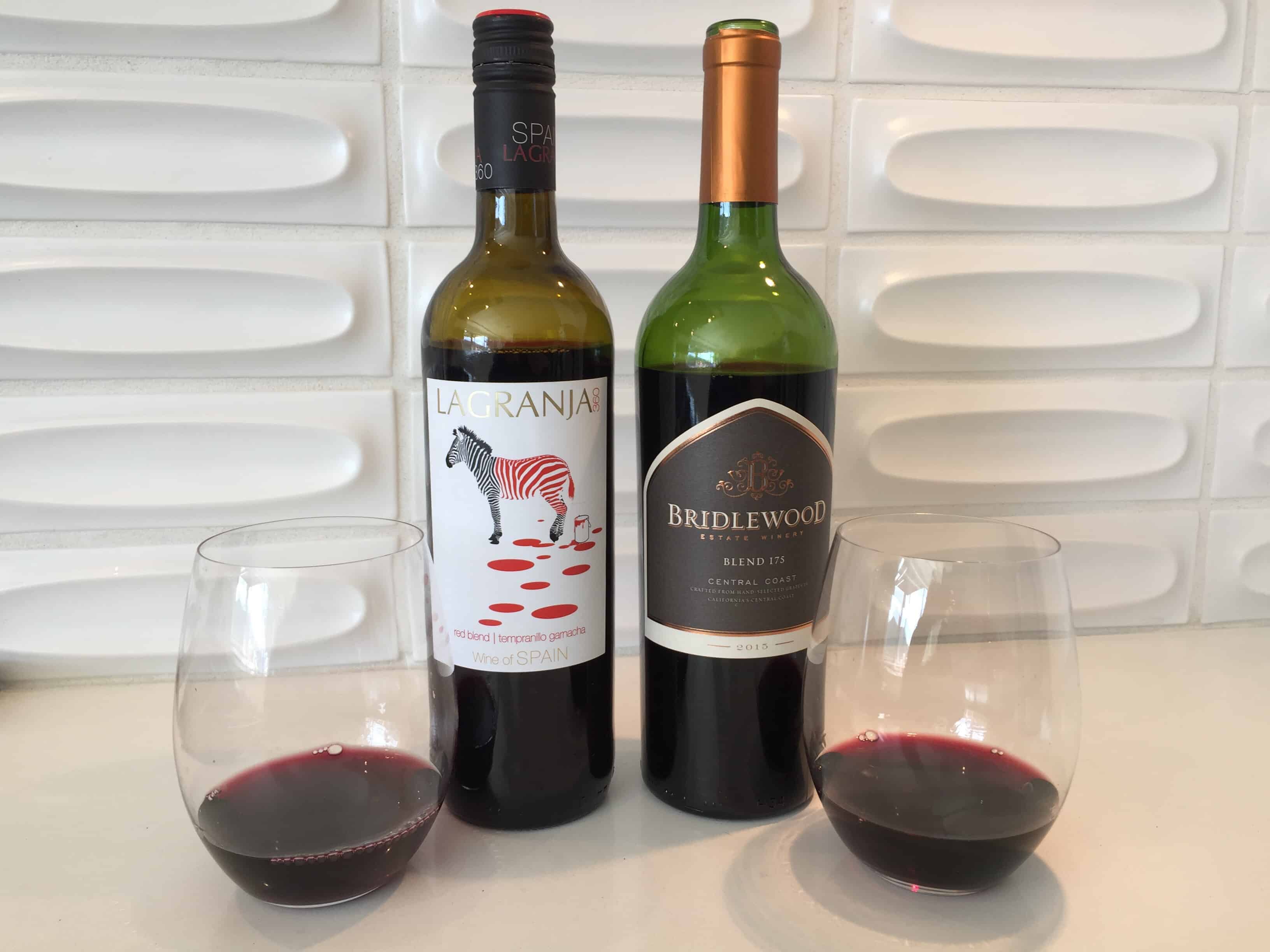 Every chance I get, I deviate from my regular Costco and Trader Joe’s stores.  This month both selections are from wines found on “field trips” to stores not on my usual trap line.

Even though both were less than 20 miles away from my home store, it was interesting to see how different the wine selections were. It was a good reminder how every store’s “wine set” can differ pretty materially.

Are you wondering what’s the story behind the zebra on the label?  We went searching and found this on the producer’s website:

Once upon a time…in a land far, far away, lived a zebra that dreamed of distant travels, far away to the land of bright colors. The zebra envied the red color of the flowers and the bright ruby color of cherries. One night, a flying pig appeared in her dreams asking: “ARE YOU READY FOR THE WINE FUN?” Upon waking, scents of incense had filled the house. Suddenly she looked down to her knees and noticed her black stripes were turning red.

Bringing this back to wine… Maybe this will come as a surprise: Spain has the most land planted to wine grapes in the world.  That’s right, roughly 2.3 million acres.  But most years they only crack the top three countries in terms of wine production, as shown in the graphic below:

How is it possible that Spain has more planted acres (hectares in the EU) than any other country but doesn’t top the list for wine production?  In a word: yields.  Their vineyards yield fewer tons per acre of fruit than some of their over-achieving neighbors. That’s a good thing.  As a general rule, lower yields result in more flavorful wines. The Garnacha/Tempranillo blend is a case in point.

Garnacha is synonymous with Grenache.  Same grape, slightly different names.  It is the second most planted grape in Spain after Tempranillo.  So it is not uncommon to see the two blended, as they are commonly in the fine wines of Rioja Alta. Tempranillo provides the structure, Garnacha provides the charm.

This is not the first time we have championed a wine from this Spanish producer. In fact this is the third time, you can read about the prior two in this post from July of 2018.  They seem to have mastered the high QPR formula for wines well south of the $10 mark.

If you clicked on the link to the July 2018 review above, you would have seen that one of the wines we reviewed from La Granja 360 in 2018 was a straight up Tempranillo.  You’d also see that it was selling for under $4.00!  This is a better wine, and perhaps even a better value despite its higher $5.99 price point.

It’s a lot of wine for the money and was a pleasant surprise.

Tasting notes:
La Granja 360 Tempranillo/Garnacha has dark and ruby color and offers up a nose of red cherry accompanied by a whiff of incense. Sweet, ripe and tasty, this wine has it all. It has intense aromas of red and black fruit, spicy, floral, chocolate and toasted wood tones. In the mouth it is medium-bodied, fleshy, with silky tannins and flavors of red fruit.

This Week’s Featured Wine from Costco:

The largest and perhaps most varied of California’s wine-growing regions, the Central Coast produces a big slug of the state’s wine. This vast district stretches from San Francisco all the way to Santa Barbara along the coast, and reaches inland nearly all the way to the jug wine capital that is the Central Valley.

Encompassing an extremely diverse array of climates, soil types and wine styles, it contains many smaller sub-AVAs, including, Monterey, Paso Robles and the Edna, Santa Maria and Santa Ynez Valleys (where the Bridlewood Winery is located). The sheer variety of wine grapes and styles on the Central Coast is reminiscent of Sonoma.

While the region could probably support almost any major grape variety, it is famous for a few.  Pinot Noir and Chardonnay thrive in the coastal AVAs (for example, Santa Rita Hills) while Cabernet Sauvignon, Syrah and Zinfandel are among the major ones that do well in the warm interior regions like Paso Robles.  By the way, one of our recent posts has a handy map of the Central Coast.

The Central Coast is home to many of the state’s small, artisanal wineries crafting unique, high-quality wines, as well as larger producers also making exceptional wines. Bridlewood, now owned by Gallo, falls into the latter category.

Tasting Notes: According to the winery’s website: “Blend 175 is a well-balanced expression of Bridlewood’s favorite Central Coast AVAs. This full-bodied wine’s savory blend of dark fruit flavors and rich, soft tannins are complemented by notes of sweet oak and spice, culminating in a graceful, lingering finish. According to legend, the original Blend 175 was named for the 175 blends our winemaker put together before the wine was deemed worthy. Blend: 69% Syrah, 12% Tannat, 8% Petite Sirah, 7% Tempranillo, 4% Viognier”

I started this post by commenting on how different stores feature different wines, and it is probably not a coincidence that the store where this Bridlewood wine was purchased is just south of the Central Coast wine region.  What distinguished the set at this store (which is in Oxnard) was the high proportion of Central Coast wines such as this one, as well as others from Gainey and Consilience.

I saw this wine online for $15, so with any luck it will also show up at your local Costco priced at $9.99.

We hope you’re enjoying our new Throwback Thursday feature, which is dedicated to wines reviewed previously but that are still being stocked in our local Trader Joe’s or Costco.

Need a refresher on this wine?  You can link to our prior review here.  The price hasn’t changed.