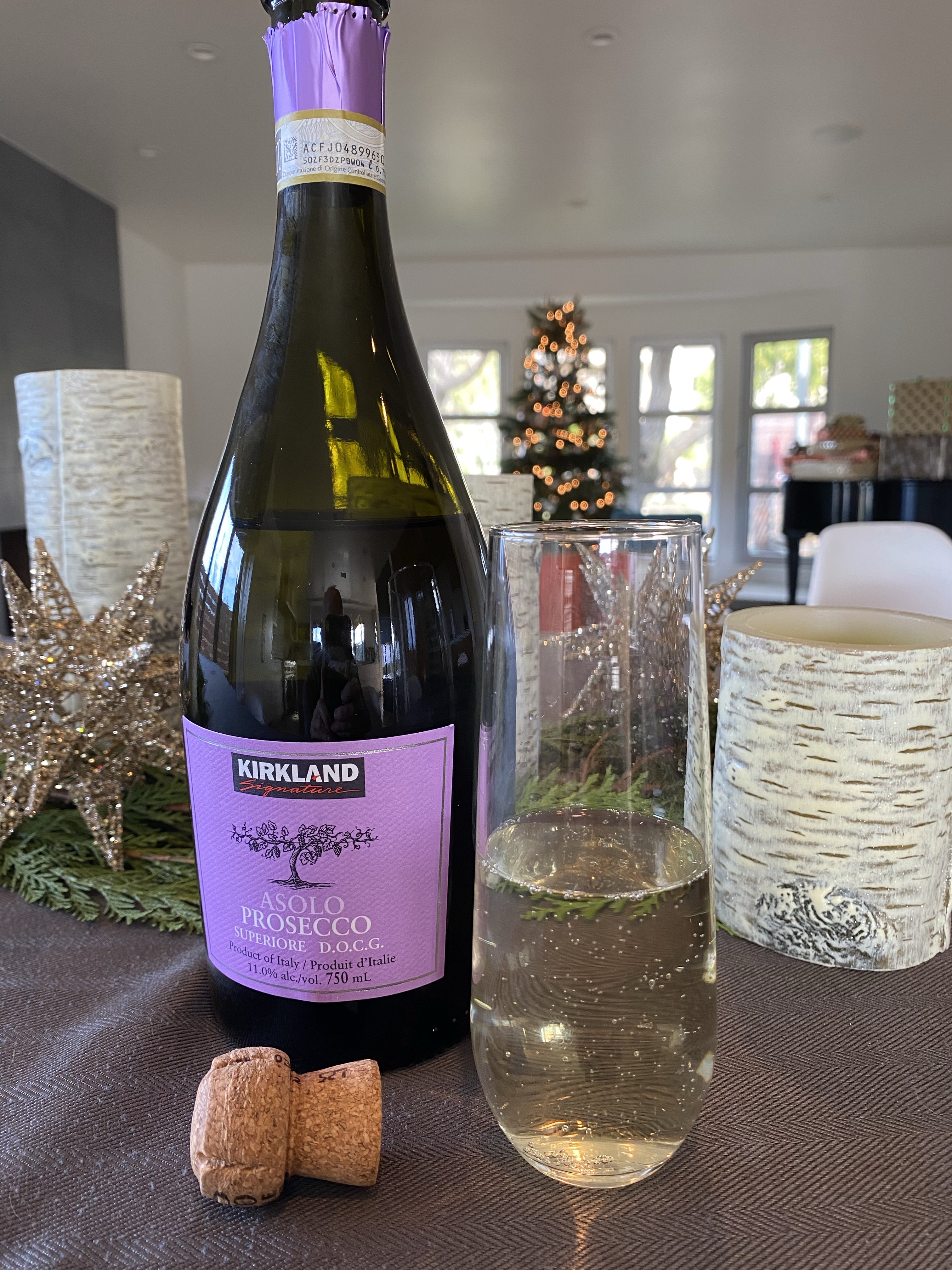 Well the price on this bottle inched up to $7.49 from its former price of $6.99.  Sure, that is a “whopping” increase of 7%, but this wine still packs a whole lotta QPR, especially considering its DOCG designation – the top tier.  Compare this Kirkland bottle to La Marca – one of the more ubiquitous Prosecco brands – also sold in my local Costco.  La Marca costs roughly twice as much and carries the lesser DOC designation.  Same is true for the Kirkland Signature Rose Prosecco. Lesser designation, and at $7.99, a nominally higher price, as show below:

What explains this signficantly higher QPR for Costco’s Kirkland Signature Prosecco vs. wines like La Marca?  Maybe it’s all those ads I have been seeing while binge watching series.  Someone has to pay for all those ads, and well, it’s people who buy La Marca!  Beyond Prosecco, this also explains why the whole line of Kirkland Signature wines tend to over-perform on QPR.  There are no national ad campaigns.  No event sponsorships.  No influencers to influence.  Heck, there is no cost of operating a winery for that matter. Brilliant!

Pours a pale straw color and showing tiny bubbles. Apple, yeast and mineral on the nose. Notes of pear, cream, green apple and citrus. Light-bodied with crisp acidity.  Finishes a bit short, but it’s still a really well put together Prosecco for the price. Would pair well with a wide range of foods, or as an aperitif before dinner.

Prosecco is hot!  We have seen reports that sales of this Italian bubbly surpassed those of champagne this year. Although that is not entirely surprising given the price difference. There’s a buzz in the Prosecco Superiore hills of Valdobbiadene and Conegliano. A new generation of producers is emerging and the established names in the region are releasing premium, limited-selection bottlings. There is greater sensitivity in the vineyard as producers seek to express a sense of place, and increased diversification in winemaking styles. Quality is stepping up – or perhaps it would be more accurate to say it is being forced up by the need to distinguish Prosecco Superiore DOCG from the commercially rampant Prosecco DOC of the plains. In lockstep with these developments, there has been a significant swing towards drier styles in recent years.

As a bonus, Prosecco has relatively low alcohol (in the 11% range) so you can enjoy an extra glass while chilling as you toast the new year or whip up a batch of mimosas.

This wraps up our December bubbles series – thanks for the suggestion Maureen! Happy new year to you all!

If you’re headed to Costco soon yourself, you can find our most recent reviews of Costco wines here in our Lucky 13 list.

And if your  shopping finds you at Trader Joe’s, you can find our Lucky 13 list of TJ’s wine here.