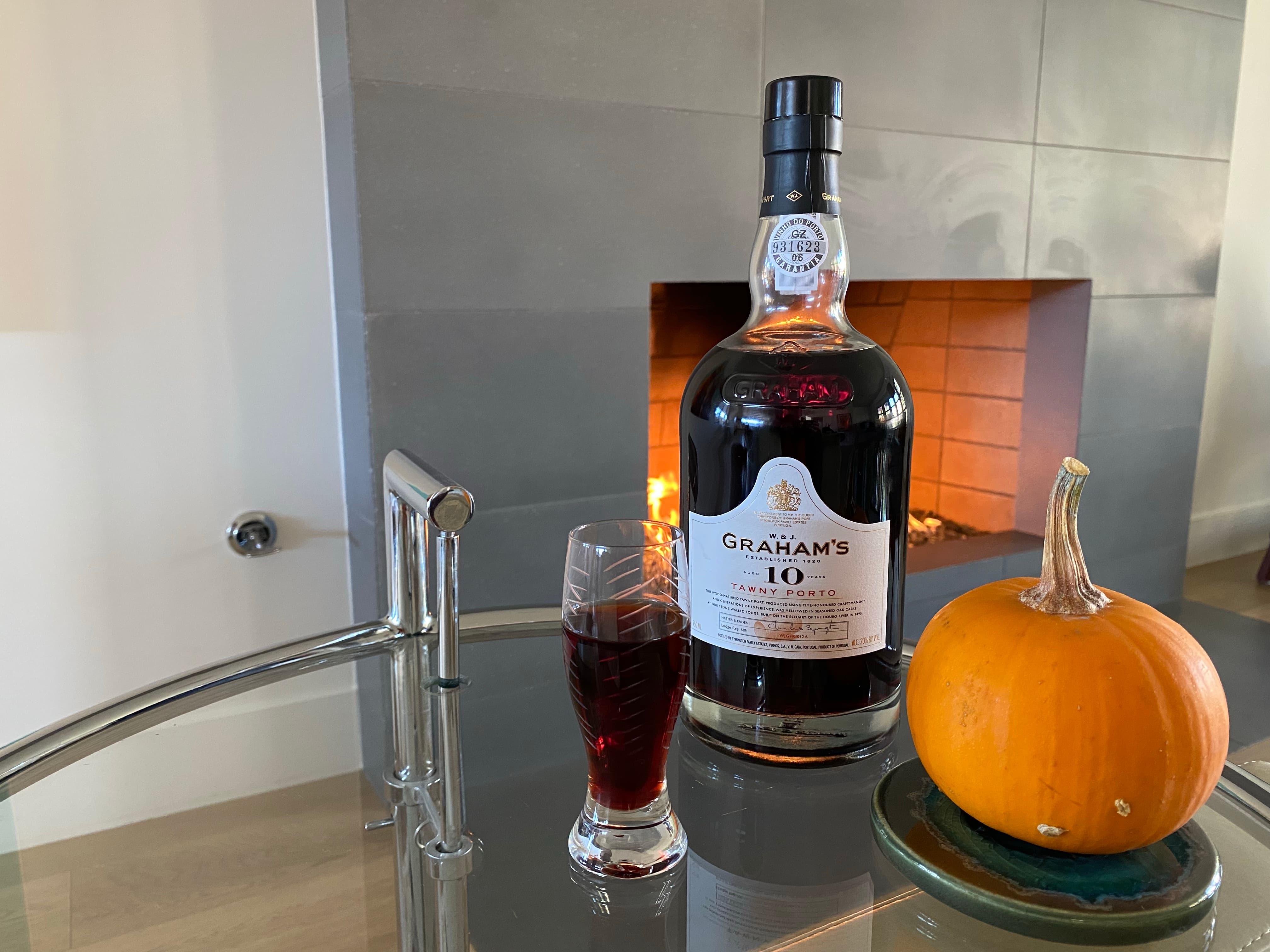 In past years, we have counted down the weeks to the big Thanksgiving holiday meal with a progression of wines culminating in a dessert wine.  This is what the Aussies refer to as “stickies” due to their high sugar content and syrupy consistency. Well, that and the fact that they are, indeed, sticky.

But this year we decided to reverse the order and start with the dessert wine first, drinking backwards as it were.

This is informed in no small part by the fact that the Tawny Port we featured last year turned out to be one of our most popular posts ever, at least according to Google Analytics. Two years ago we featured this Kirkland Signature Tawny – technically both this wine and the Graham’s are “aged Tawny” since they are over six years old. Click through on either for more history and information about Tawny Ports and Ports in general.

And lest you think we are a “one note flute” that only plays from the Port songbook, check out this ice wine review from autumn of 2018. Ice wine is another really good choice for the dessert course, and you might really enjoy reading about how it is made if you are unfamiliar with that particular stickie.

Pours a very pretty brick red (some would say tawny!) color. See-through with nice clarity. The nose is sandalwood with cherry/berry, vanilla, candied walnuts and mocha. On the palate flavors of citrus, chocolate and toasted nuts dance. It’s full-bodied and very sweet with focus, density and a long declicious finish. Fruity, yet pleasantly earthy in exquisite balance.

I can’t imagine a holiday season without the warming comforts of Port by the fireplace, perhaps accompanied by a slice of apple and pumpkin pie.  Pairing it with pecan pie would be sublime.

But many American wine drinkers simply don’t think to keep a bottle on hand.  One of the reasons keeping a bottle – or two – on hand is a good idea is that unlike table wines, port lasts really well once opened. In fact, this knack for self-preservation is the reason that port exists!

Typically, red table wines are fermented dry, meaning that virtually all the sugars in the grapes are converted to alcohol. In the case of wine destined to be port, the red grapes only go through a few days of fermentation before neutral grape spirits are added to the batch. The spirits raise the alcohol level to a point where natural fermentation stops, resulting in a wine that is high in alcohol – and sweet, because most of the sugars remain in the wine.  This is why port is both sweet and high in alcohol (usually around 20%) whereas table wines are usually one of the other.

There are many Port-style wines out there, but true port only comes from Portugal. The youngest of these are Ruby Ports. At the other end of the spectrum are vintage ports, which like most wines, are associated with the year in which they are harvested. These are typically the most costly ports. In the middle you have the Tawnies which are usually labeled with the average number of years it has aged. For example, a bottle labeled as “10 year Tawny Port” is made from wine that has been aging in a cask for an average 10 years, some casks are potentially older or younger.  Tawny Port without an age on the label is likely a blend of red and white Port, which adds complexity and flavor.

5 thoughts on “Drinking Backwards this Thanksgiving”