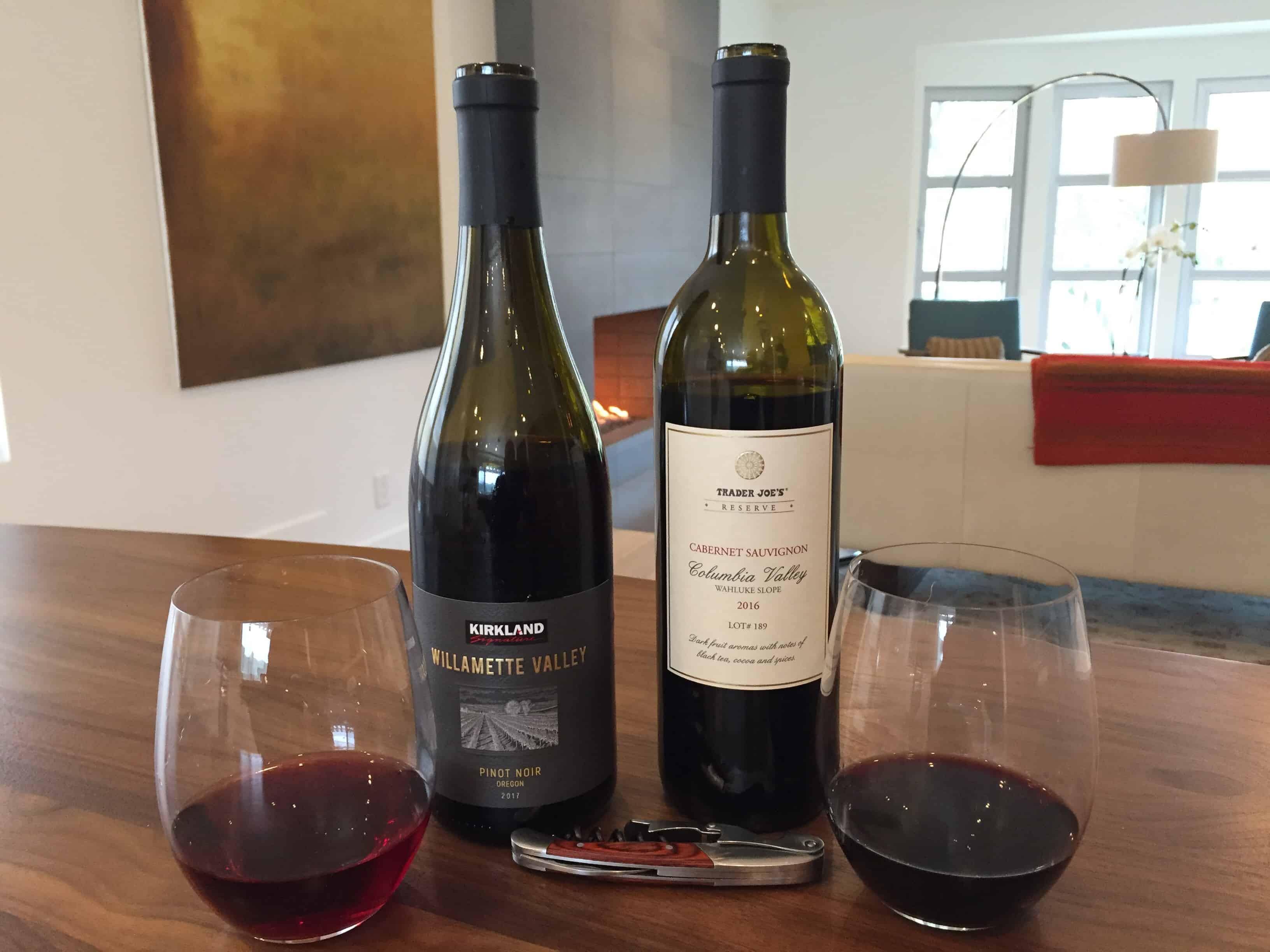 You’d be forgiven for thinking that virtually all of the wine produced in the United States is produced in California. Because 86% of it is. In distant second and third places are Washington state and Oregon, which produce 5% and 4% respectively.

This week we give props to the underdogs by featuring two wines from the upper west coast. While these two are quite different, both are good ambassadors for the distinctive and delicious wines of the Pacific Northwest (PNW).

We talk alot about AVA’s (American Viticultural Areas) in these posts, and this can be a confusing topic since sometimes a wine comes from an AVA inside of an AVA.  Let me explain. This bottling comes from the Wahluke Slope AVA, which is part of the larger Columbia Valley AVA, both of which are obviously part of Washington State, which is in itself a recognized (at least in terms of government regulation) wine growing area.

We tend to think of the PNW as cooler and damper than the wine regions of California to the south.  While this is largely true for the wine regions in Western Washington, the regions and AVA’s in Eastern Washington (screened by the moderating maritime air by the Cascade Mountains) are actually dry and hot in the summer growing season. Case in point, the Wahluke Slope AVA has one of the driest, warmest climates in the state, relying heavily on irrigation provided by the Columbia River.

This Cabernet shows plenty of typical black cherry and cassis aromas and flavors. It also has nice “dark fruit aromas with notes of black tea, cocoa and spices” but I also detected sweet cherries, red currants, and raspberries, along with chocolate.  This is classic Washington State Cab, which tend to be softer and smoother than renditions crafted to the south in the Golden State.

This week’s featured wine from Costco:

While it might be convenient to lump Washington and Oregon together in one great big monoculture, they are in reality quite different. Of the three west coast wine producing states, Oregon is the most markedly different and struggles the most to achieve ripening.

Simply put, warm temperatures ripen grapes and drive sugar thus alcohol levels up. It is telling to not only taste the difference in these two wines in terms of ripeness, but to also take note of their alcohol levels. The featured wine from Washington clocks in at 14.5% whereas this one from Oregon only registers 12.5%.

The Willamette Valley Wine Region is one of the most influential wine producing regions in all of Oregon as well as the entire Pacific Northwest. The region spans from the Columbia River in the north all the way down to Eugene in the South. It is by far Oregon’s largest AVA and is dominated by plantings of Pinot Noir and smaller amounts of Chardonnay, Pinot Gris and Riesling.

Coming from the Willamette Valley, where Pinot Noir is king, the Kirkland brand is a solid choice for an every-day, easy drinking wine.

Once poured, the wine in the glass is a color that is a bit paler than the normal ruby shade that one associates with Pinot Noir from warmer areas. It was mildly fragrant with black cherry, plum, and the tyical Dr. Pepper earthiness.  These translated smoothly into the flavor spectrum once tasted, and it had nice notes of allspice in the finish.

When first opened, I found the wine a bit more rustic than when I revisited it the next day, when it was more balanced.

Getting oriented to the wine regions of the PNW:

Sarah Cabot is the winemaker for Kirkland’s Willamette Valley Pinot Noir.  While she previously made her mark crafting small production, artisanal wines that did quite well, she is now head of winemaking for Precept Wine’s 100K case Oregon portfolio, which includes the Kirkland Signature Series Pinot Noir brand.

“My objective has shifted over the years,” she says in a recent article. “Now it’s to make the best $15 Pinot Noir—a wine that can line up and perform next to a $25 Pinot in a blind tasting.

Let us know if you think she has succeeded here.

2 thoughts on “A Wine Excursion to the Pacific NW”