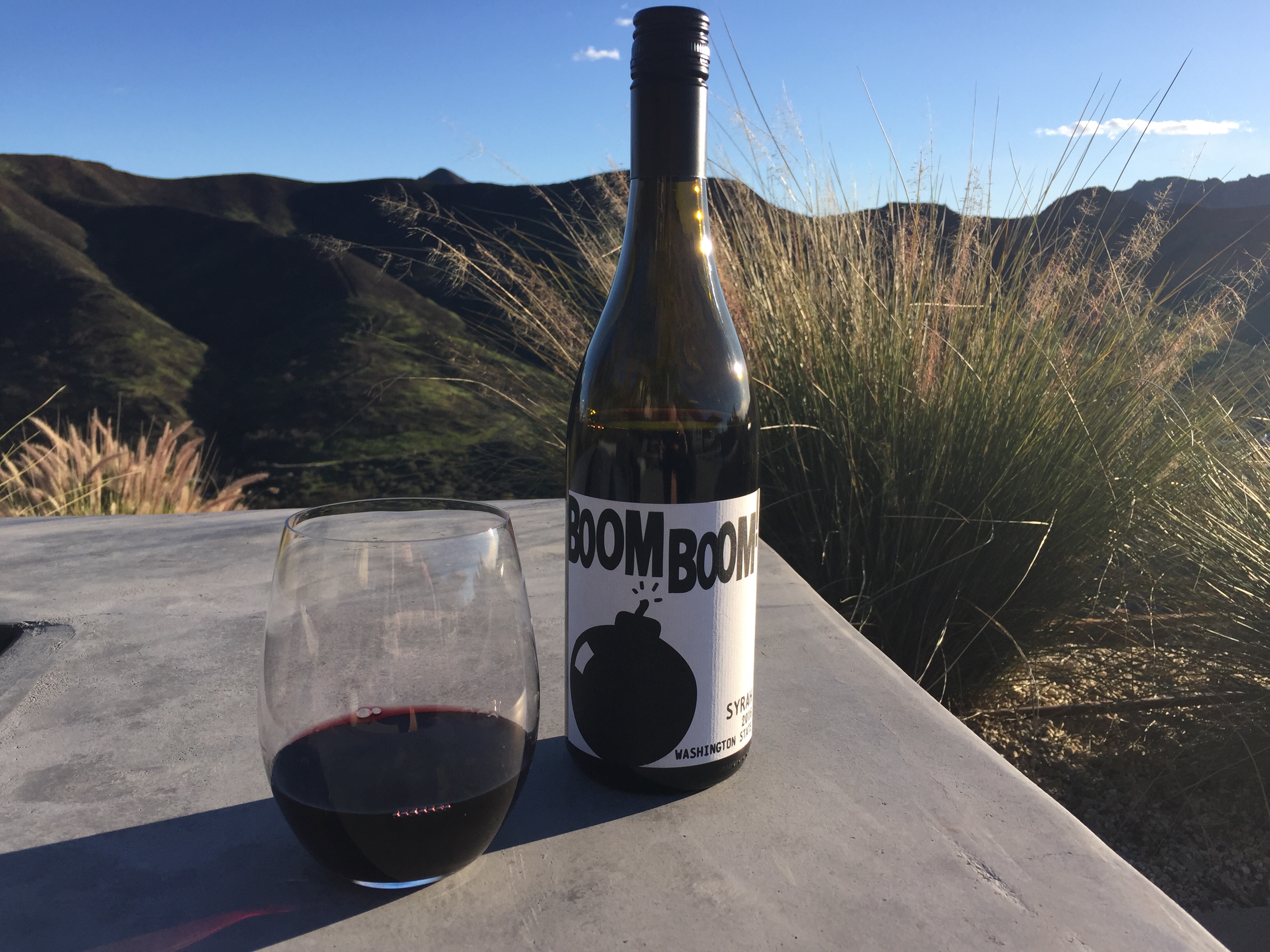 Syrah’s most famous and historic homes are the vineyards of France’s northern Rhone, especially the appellations of Hermitage and Côte-Rôtie (pronounced coat, roa-TEE).  In other words, it is the red varietal behind some of the most sought after red wines in the world.

The vines love warmth, and in 2010 Syrah was the world’s sixth most planted variety. Like most grape varieties, the wine’s characteristics depend in no small part upon where the grape is planted – and the climate that it is thus exposed to.

In her encyclopedic The Oxford Companion to Wine, author Jancis Robinson states that “Washington state may have considerable potential for fine, bright Syrah wines.”   This wine is a pretty good example of a wine achieving said potential, with the Wine Spectator awarding this bottling 90 points FWIW.

Washington is the second most productive of American wine producing states (fun fact: there is wine produced in all 50) behind California.  Although Washington’s 50,000 acres of vineyards only account for some 5% of all the wine produced in the U.S., they – along with Pacific Northwest neighbor Oregon – are held in high esteem that rivals the Golden State to the south.

If I had tasted this wine blind, my first guess would have been that this was from the aforementioned Rhone region of France, or even an Australian Shiraz (Shiraz is another name for Syrah).  It has a come hither nose of oak and black fruit.  In the mouth, flavors of blueberries, blackberries and cherries abound with nice black pepper notes. While not as massive as some California Syrahs, or Australian Shiraz for that matter, this is a big strapping wine, and would pair best with roasted and barbecued meats.

Spring is right around the corner, people.  So too is barbecue season. For such occasions, this wine is the ticket.