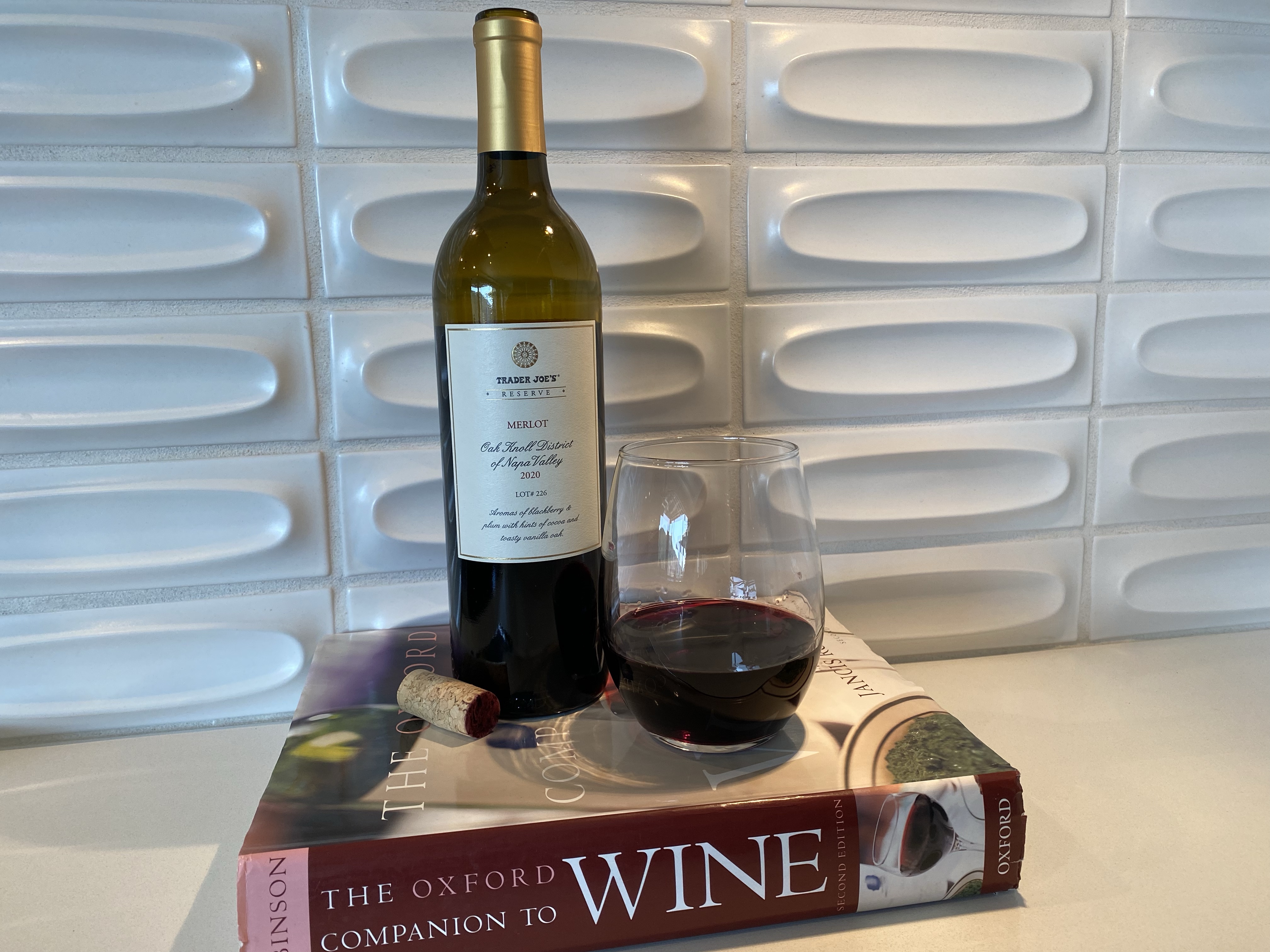 Even though we recently reviewed another $9.99 Merlot bottled under the Trader Joe’s Reserve moniker, that one was from Sonoma Valley.  This one hails from the other watershed of the Mayacamas Mountains, they one that drains into Napa Valley. But what really piqued our interest was the fact this wine was born in the Oak Knoll District, which produces stratospheric red wines with price tags north of $100 a bottle. Those wines are adorned with producer names like Nickel & Nickel and Trefethen Vineyards.

Like much of the Napa Valley, the Oak Knoll District was first planted to vines during the gold rush of the 1850s, and expanded during the course of the 19th Century. Unfortunately, disease and Prohibition killed off much of Napa’s wine industry in the early 20th Century. It wasn’t until the 1960s, when Trefethen began to reclaim land in Oak Knoll as vineyard, that winegrowing returned to the area.

Oak Knoll District was declared an AVA in 2004, after the local vinegrowers’ drawn-out bureaucratic struggle to gain independent recognition for the unique attribues in their wine. The justification for Oak Knoll District’s status as a separate AVA stems from the coolness of the climate. Here, average summer temperatures are several degrees cooler compared to the more northern regions of the Napa Valley, thanks to the cooling fog and breezes from San Pablo Bay 15 miles to the south. With a warm spring and a cool summer, the growing season here can last eight months and run into October, giving grapes ample time to ripen fully and develop complexity.

Pours an opaque deep red/purple with a clear rim, typical for newer vintages.  Aromas of blackberry and plum fill the glass. In the mouth the wine is full of red fruit expressions, light on the oak, but with some notes of toast and vanilla.  This is a lovely lighter red wine, which is not dissimilar than the Boen Pinot Noir we reviewed last week. And like that wine, it would pair really well with roasted and grilled dishes, including salmon. Yup, red wine with fish…especially salmon crusted with Trader Joe’s Everything But the Bagel seasoning.

Searching for More Wine Picks from Trader Joe’s – or Costco?

If your search for this wine lands you in Trader Joe’s, take along our handy Lucky 13 list of TJ’s wine here.

And if your wine shopping excursions land you in Costco, prepare by grazing our most recent reviews of Costco wines here in our Lucky 13 list.