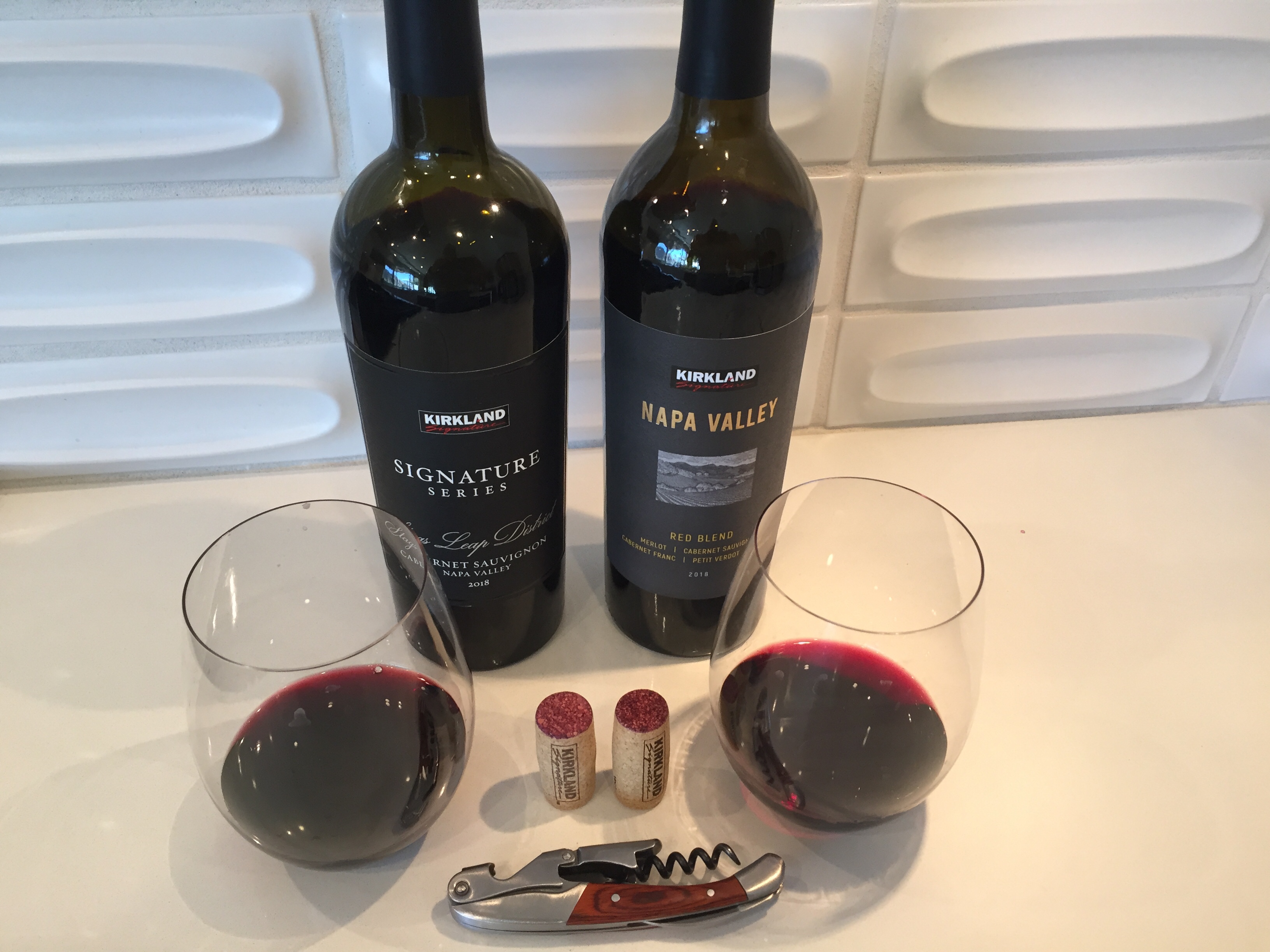 I am not a big fan of the wine app Vivino. The reason? I don’t really trust it. Anyone can post, and they may not be entirely unbiased.

For example, a wine drinker in Des Moines may really have enjoyed a bottle of wine. They scan it and prepare to upload their own review to Vivino. But first, they see what others have to say about it. They see that others do not share their enthuiasm for the wine.  Guess what often happens – they lower their score.  Or the reverse happens and they raise their score.  Call it deviation to the mean.

All that criticism aside, I do use Vivino selectively when preparing these posts.  Sometimes it helps to have others suggest what they taste or smell in a wine.  After which you might go: “yeah, I get that!” Or disagree vehemently, albeitly privately.

When I researched these two wines for this post on Vivino, I discovered that both wines scored an average of 3.9. Needless to say I was curious to see if I agreed that they were equals, qualitatively speaking, given that one of these wines is over twice the cost of the other. Spoiler alert: they’re not.

What they DO have in common is that both are from Napa Valley.  One is a blend of wines from all over Napa, the other hails from the Stags Leap District, which is an AVA (American Viticultural Area) within Napa. This usually portends a higher price tag which is the case here.

But what does it suggest about our all-important Quality to Price Ratio, or QPR. Does the Stags Leap moniker deliver over the “lesser” Napa Valley designation?

At just 1,350 acreas, Stags Leap District is a relatively small AVA on the southeastern end of Napa.  Its vineyards celebrate Cabernet Sauvignon and Merlot and almost nothing else. In her Oxford Companion to Wine (which is good for a bicep workout in a pinch) author Jancis Robinson states: “the hallmarks of its Cabernets are a greater emphasis on berry flavors..and suppler tannins.”  Which is a pretty good abbreviated description for this wine.

The nose was a bit closed, some swirling coaxed out notes of dried spices and fruit.  First tastes were underwhelming, but be patient with this one.  It improves nicely as it opens up. I was impressed by the concentration, layers and its smooth finish. It has a bold profile, with flavors of plum, blackberry, cherry, allspice and vanilla.  It also has nice velvety tannins, but I miss the flavors that would have been imparted by a more rigorous oak regimen. While the wine is drinkable now, it would be even better with a few more years of aging.

The bottom line of the Kirkland Stags Leap District 2018 Cabernet Sauvignon?  It’s not as inexpensive as many of the wines we like to review here, but is solidly delivers on QPR.

How does our other featured wine compare?

We reviewed the prior vintage of this wine almost exactly a year ago, on September 20 to be precise. In reviewing our notes from last year, I realized that the winemaker did an admirable job of delivering a very similar wine drinking experience, and that’s a good thing! This is a good wine for everyday drinking – and a really nice bottle for the price.

Begins with a pleasing aroma of ripe cherry and other red fruits plus some sweet spice and vanilla. Taking a sip reveals a smooth, dry and pretty tasty wine. It’s a rather simple blend but quite well done for the low price. In the mouth there’s plenty of fruit (plum, cherry and assorted berries), nice touches of spice, vanilla, cedar, sage, tobacco and more. It ends dry and long with lots of lingering vanilla soaked fruit.

In the photo caption above, I rather flippantly called this bottling a Bordeaux blend.  That is, as my late Mom would have said, “playing fast and loose with the truth.” (She was very adept at detecting when I was guilty of doing so.)

You see, only wines from Bordeaux, France can have that word on the label. Sure, American used to play “fast and loose” with French place names by calling California wines Chablis, or Hearty Burgundy, but we’ve cleaned up our act because no one like paying fines and/or creating an international incident.

The word Meritage is also regulated.  It is trademarked, and you literally have to join a club to use it.

Confused?  Let Me Break it Down

There IS something that red blend have in common with Bordeaux blends and Meritage: they must all be made using the same five grape varieties native to Bordeaux.  Costco made it easy by listing them prominently on the label.

The nice thing about the Kirkland Signature wine brands is that they are distributed far and wide as opposed to other branded product which often has more spotty coverage in the retail behemoth’s network of store. So with any luck, you will get your hands on some of each of these red blends from Costco.  If you do, let us know what you think by posting in the comments section, or on our Facebook page.

If you’re headed to Costco soon yourself, you can find our most recent reviews of Costco wines here in our Lucky 13 list.

And if your  shopping finds you at Trader Joe’s, you can find our Lucky 13 list of TJ’s wine here.

Have a good weekend as we say goodbye to summer, and hello to autumn.