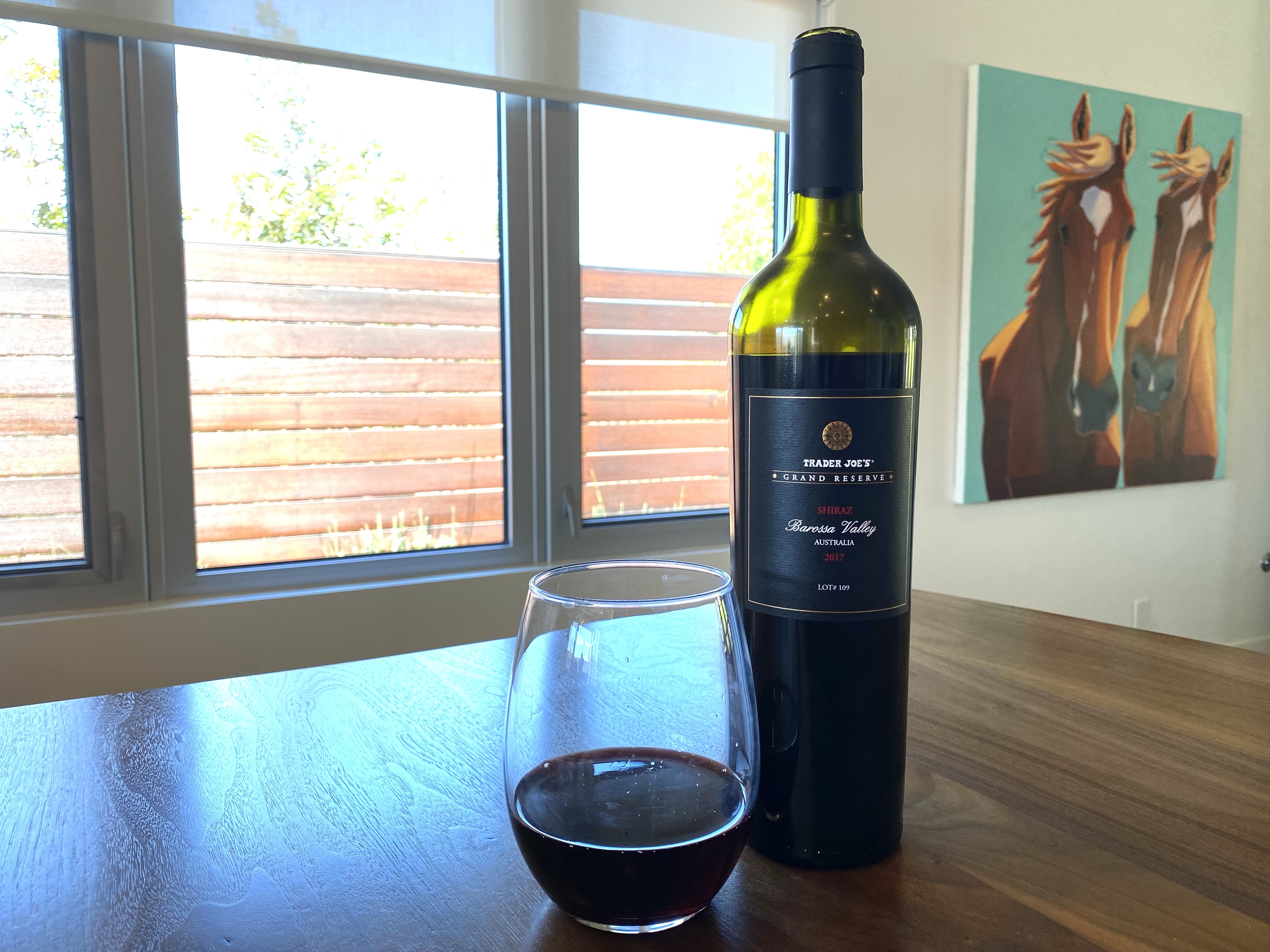 Australia’s most popular grape varietal, Shiraz is full-bodied with high alcohol (although this bottling clocks in at a relatively moderate 14.5%) and vibrant berry and plum on both the nose and palate. It just begs to paired with grilled meats.

The Syrah grape is responsible for some of the most sought after bottlings in the world. In the Rhone Valley of France, it is the grape behind famous bottlings by E. Guigal and M. Chapoutier. In the new world, it underpins Penfold’s Grange, widely acknowledged as Australia’s greatest and most famous wine, although the latter is bottled as Shiraz. In both cases, these wines can fetch hundreds, if not thousands of dollars per bottle. The French Syrah vine cuttings found their way to Australia in the 19th century, and flourished while taking on a unique signature compliments of the indegenous flora.  It is not uncommon to taste notes of Eucalyptus when enjoying Aussie Shiraz.

Shiraz is genetically identical to Syrah, and Australia can be credited with putting the Shiraz name squarely upon the world wine stage. Though genetically identical, the stylistic differences between Shiraz and Syrah are usually pronounced. Shiraz is the most widely planted red wine grape variety “down under” and plays a starring role in some of its most coveted bottlings. So I was pleasantly surprised to see an Australian Shiraz from the Barossa Valley in the Trader Joe’s Grand Reserve line up at $12.99 to say the least.

The QPR on this one is very, very high.

Pours a dark ruby.  Brooding dark red fruit on the nose along with herbal notes and a pleasant earthiness.  Medium bodied with bright acidity and flavors of ripe blackberry, blackberry and baking spices. Smooth tannins and a really nice, long finish.  Would pair exceptionally well with anything grilled, especially leaner cuts of red meat and hard cheeses.

This not the first time we have reviewed a Barossa Shiraz brandishing the Trader Joe’s label.  But this one, with the Grand Reserve label – and just 3 bucks more – lives up to it Grand Reserve billing.

If your weekend finds you shopping  at your local TJ’s, also keep an eye out for our Lucky 13 list of TJ’s wine. It’s a shopping list comprised of our most recent reviews.

Or if you’re headed to Costco, you can find our most recent reviews of Costco wines here in our Lucky 13 list of Costco wine finds.

1 thought on “The Latest in our BBQ Wines Series”