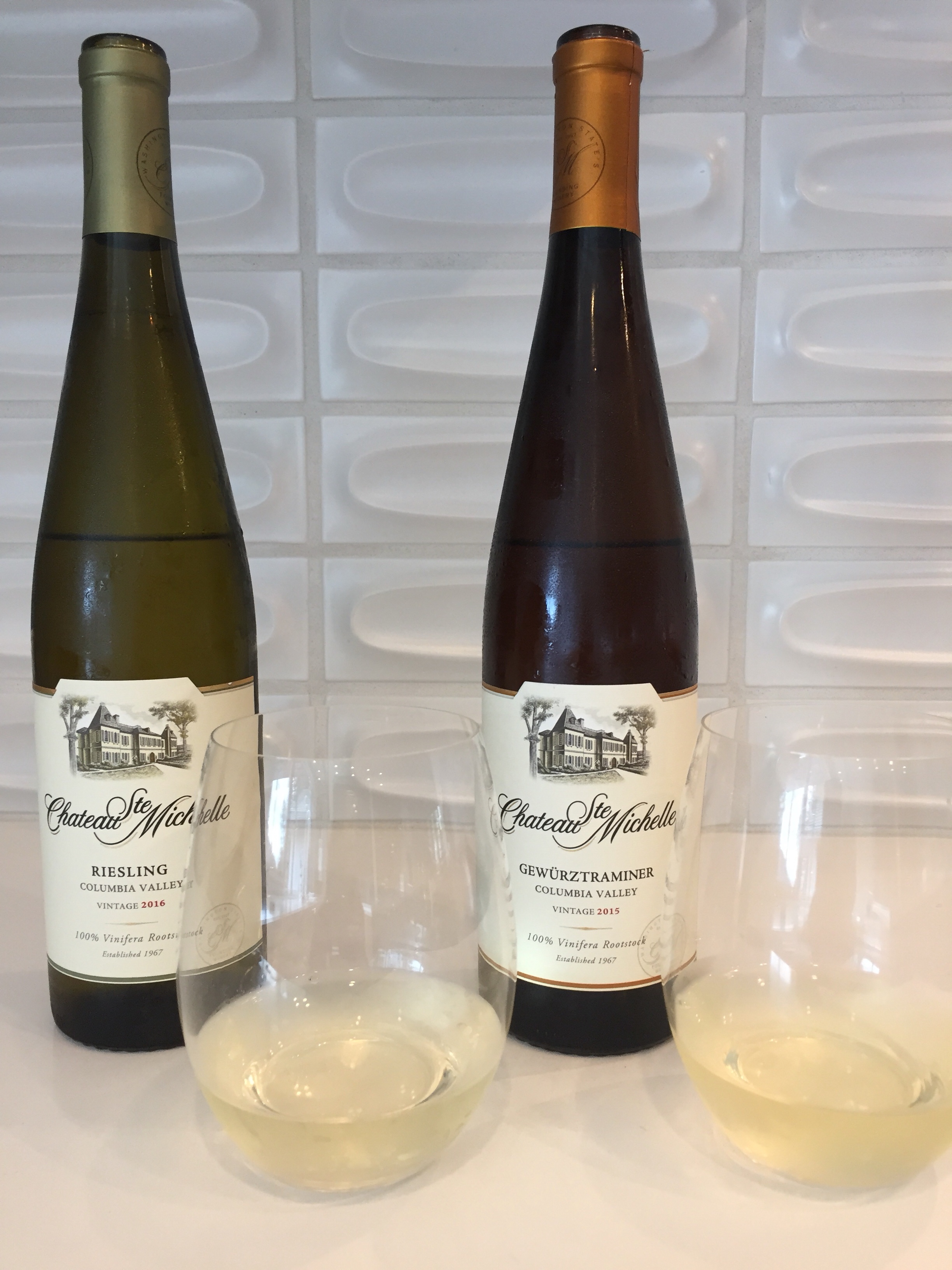 This is the second of several posts that will feature wines to pair with the upcoming holidays here in the Northern Hemisphere.  These two white wines would be a perfect complement to traditional Thanksgiving fare.

In wine geek circles, ABC is not a catchy Jackson 5 tune, it’s shorthand for the rallying cry Anything But Chardonnay.   No matter where you stand on the most ubiquitous and popular white wine in the United States, you would be especially well-served to heed the ABC rule come Thanksgiving day, especially once the main culinary event begins.

As a general rule, American wine consumers don’t “get” Riesling and Gewurtztraminer. There are two plausible reasons for this:

All this consumer confusion has pushed these two wines to the fringes of the American wine market. Which is unfortunate since they may be two of the best food wines in the world when paired with the correct foods. They are remarkably versatile and pair especially well with spicy foods (Thai, Indian, Chinese) and sushi.  But did you know they are also a near-ideal match with roast turkey and all the fixings? (Especially the fatty fixings..we’re looking at you stuffing and gravy!)

So I mentioned that the wines had a lot in common. To recap, same producer and Washington State appellation; same lineage back to the European regions that put them on the international wine map; and – perhaps most importantly – the same wonderful $6.99 price point. You add to this list of similarities that fact that both are relatively low in alcohol: where most California wines clock in at 14-16%, these are 12% and 12.5% respectively.  Thanksgiving is one of those long days of celebrating.  While it has been proven to be a myth that the amino acid L-tryptophan that is present in turkey will make you sleepy, several glasses of wine with 15.5% alcohol may do the trick.

Finally, one more thing these two have in common is their satisfying flavor profiles, which balance tropical fruit flavors and a refreshing acidity.  My tasting notes are summarized here:

Chateau Ste. Michelle Riesling:  a nice balance of aromas of peach and apricot are joined with flavors of green apple and citrus. Off-dry.

At $6.99, Trader Joe’s prices for these widely distributed wine are both some 1/3 off typical retail.  One more reason to give thanks next month!