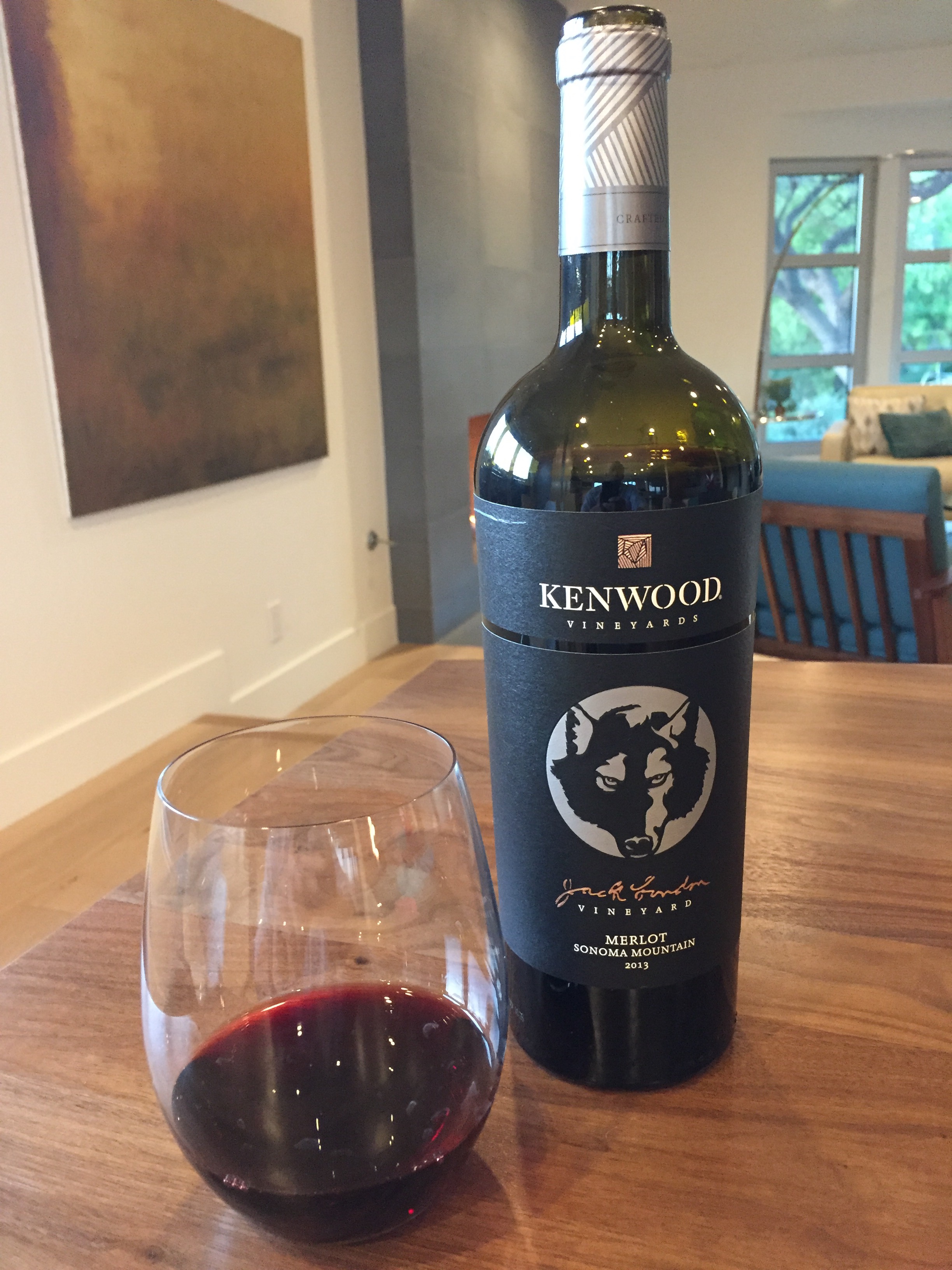 Read to the end, and you will be rewarded with a picture of a really lovely dog. This wine however, is anything BUT a dog!

In the recent past, Merlot has faded in popularity among U.S. wine consumers. I have a theory for why that is.  In short, it is because Merlot became the go-to red wine of choice around the turn of the century.  (I am referring to our collective pivot into the 21st century mind you, as opposed to the LAST turn of the century when the legendary writer Jack London was churning out fiction that made him famous, and wealthy enough to buy his ranch in Glen Ellen, California, the ruins of which are not far from the present day site of Kenwood Vineyards.)

As with many things that become exceptionally popular, Merlot got loved to death.  As its popularity surged, wine producers rushed to provide more and more of the ubiquitous crowd-pleaser.  Production grew, prices and quality dropped, and the next thing you know, people fell out of love with Merlot as fast as they fell IN love with the grape.

Many will remember the famous line uttered by Paul Giamatti’s character Miles in the 2004 film Sideways: “If anyone orders Merlot, I’m leaving. I am not drinking any f*cking Merlot.”

Everyone who has seen the film remembers this line, but most forget that Miles owned and coveted a bottle of Cheval Blanc (a wine producer in Saint-Émilion in the Bordeaux wine region of France and one of only four to receive the highest rank of Premier Grand Cru Classé status) which, being a “right bank” wine, is comprised predominantly of…

The film is now 14 years old and Merlot is making a bit of a comeback. The big mass market producers have moved onto other things, and many of the smaller wineries still producing Merlot are turning out really nice renditions.  And because the wine still has a bit of a “black eye” with consumers, you can find really stellar luxury Merlot for attractive prices. This wine is a great example.

I was scouring my local Costco for extreme wine values, and when I spied this wine I did a double-take so hard that my neck is still sore.  On its face, this wine checked all the right boxes:

√  The right grape from the right place (Merlot from Sonoma)

√ Sub-appellation – they had me at Sonoma (the American Viticultural Area or AVA that this wine hails from) but the wine is actually from the sub-AVA of Sonoma Mountain.  This too is a rarity for wines at this price point.

All the boxes checked do not promise that the wine will deliver in the glass. But the good news is that this one delivers. I would say that given the price, it way OVER-delivers. The wine would make a really nice accompaniment to traditional Thanksgiving fare, and although it is counter-intuitive, it also pairs really well with grilled salmon.

Thanks for reading this far. As promised, a picture of a dog (and tasting notes as a bonus!) appear below: