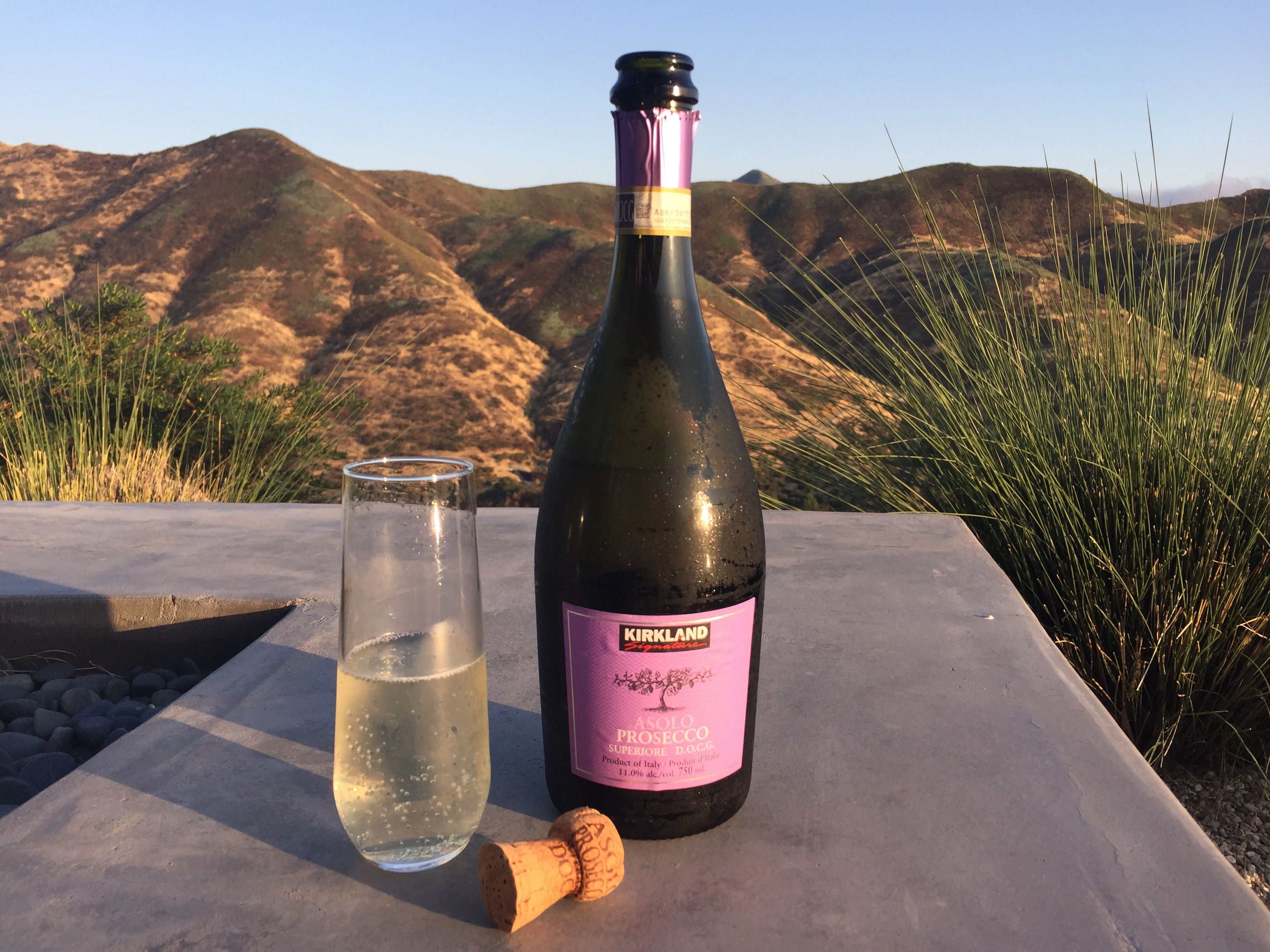 A really nice DOGC Prosecco, especially when contrasted with DOC sparklers from the same region. Not sure what all that means? Read on….

There’s a buzz in the Prosecco Superiore hills of Valdobbiadene and Conegliano. A new generation of producers is emerging and the established names in the region are releasing premium, limited-selection bottlings. There is greater sensitivity in the vineyard as producers seek to express a sense of place, and increased diversification in winemaking styles. Quality is stepping up – or perhaps it would be more accurate to say it is being forced up by the need to distinguish Prosecco Superiore DOCG from the commercially rampant Prosecco DOC of the plains. In lockstep with these developments, there has been a significant swing towards drier styles in recent years.

The Bottom Line on This Wine

I like it, it has the higher, top tier DOGC designation.  Compare that to the La Marca – the only other Prosecco in my local Costco.  La Marca costs nearly twice as much and carries the lesser DOC designation.

As a bonus, Prosecco has relatively low alcohol (in the 11% range) so you can enjoy an extra glass while chilling this summer.

2 thoughts on “Kirkland Signature Prosecco – a Stock Up Staple for Summer. Just $6.99 @Costco!”