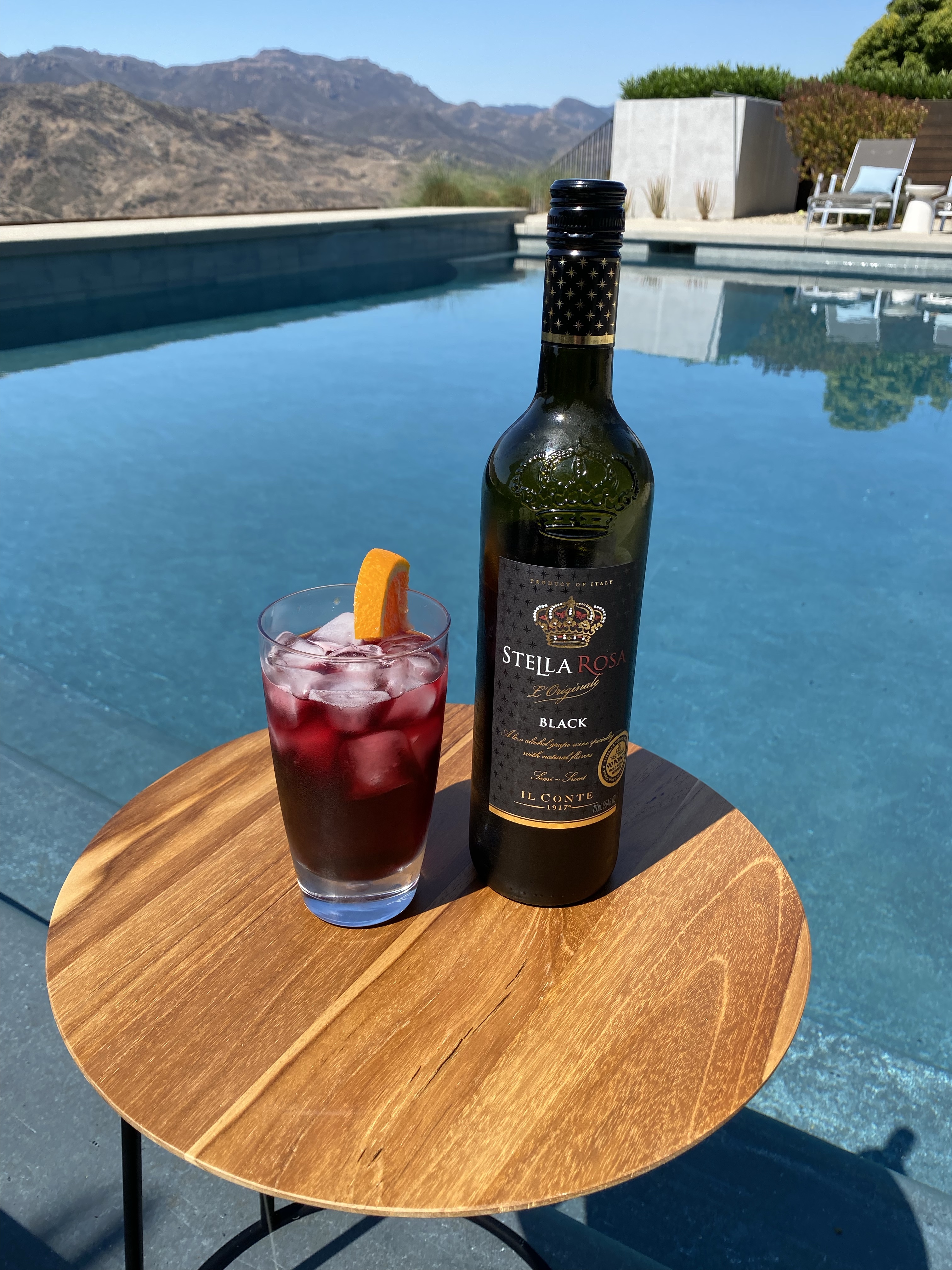 The bestselling wine brand in California isn’t from California. It’s not Josh or Barefoot or Coppola, or Two-Buck Chuck. It’s an Italian import called Stella Rosa, created by the Riboli family, a wine company based not in Napa, Sonoma or in the jug wine capital of the Central Valley for that matter, but in the shadow of Dodger Stadium, in downtown Los Angeles.

Even if you haven’t tasted Stella Rosa you might be familiar with the brand. The company has sponsored floats in the Rose Bowl, flown airplanes trailing banners down West Coast beaches, and placed a majority of its 400 billboards around the greater Los Angeles area, extolling you to “Taste the Magic” and to “Stellabrate.”

According to data from Nielsen, Stella Rosa is the top-selling import brand in the country. It has enjoyed double-digit growth almost since its inception, and its popularity shows no signs of slowing. Market Watch, an industry analyst, estimates that sales will exceed 2 million cases this year.

But despite its traditional wine bottle and FRONT label (more on that later) is it really a wine?  Or is it “just” a beverage.  The labeling holds clues. But first a sidebar…

I once worked with a consultant in the wine industry (he was an ex-finance exec with Kendall-Jackson FWIW) who thought that there was a fortune to be made in wines that were created and sold like cola. Specifically, Pepsi Cola – the sweeter cola. He thought that “dumbing down” wine by stripping it of vintages, making it sweet and not even naming grape varieties on the label of a 750ml bottle (the standard format for table wines) was the path to riches.  I don’t know if he ever tried bringing his idea to market, but he would like this Stella Rosa product I suspect.

I first purchased this because I was intrigued by its low alcohol content. At just 5%, the ABV for this wine is roughly one-third (!) that of most red table wines.  With less alcohol, not only would you get less buzzed, but you would ingest fewer calories. Or so you would think. You might expect that a typical 5-ounce glass of the Stella Rosa would have far fewer calories. You’d be wrong.  A typical wine contains 120-130 calories while the Stella Rosa comes close with 110. Blame the added sugars, which tip the scales at 16g per serving, more than some sweet breakfast cereals.

Beyond the added sugars, there are also non-grape fruit juices added. All these non-wine additives are why this bottling can’t be labeled as wine.  But as a career marketer and wine guy, I can’t help but admire the impressive sleight of hand at work on the product positioning and labeling at work here. This is basically a wine cooler (remember those?) in a 750ml bottle. Like wine coolers, Stella Rosa Black tastes good.

But is it wine?  The government agency that regulates wine – and all beverage alcohol for that matter, clearly has ruled that it is not. Which is why the back label looks unlike any you have ever seen on a wine bottling.

Grapey, grapey, grapey.  Welch’s grape juice for grown ups, albeit grown-ups that like their beverages to be sweet, fruity and sparkling.

Have you tried the Stella Rosa Black?  Or do you plan to?  If so, please drop a line in the comments section here, or on our IG or Facebook pages.

2 thoughts on “Is the best selling import “wine” in the U.S. not really a wine?”