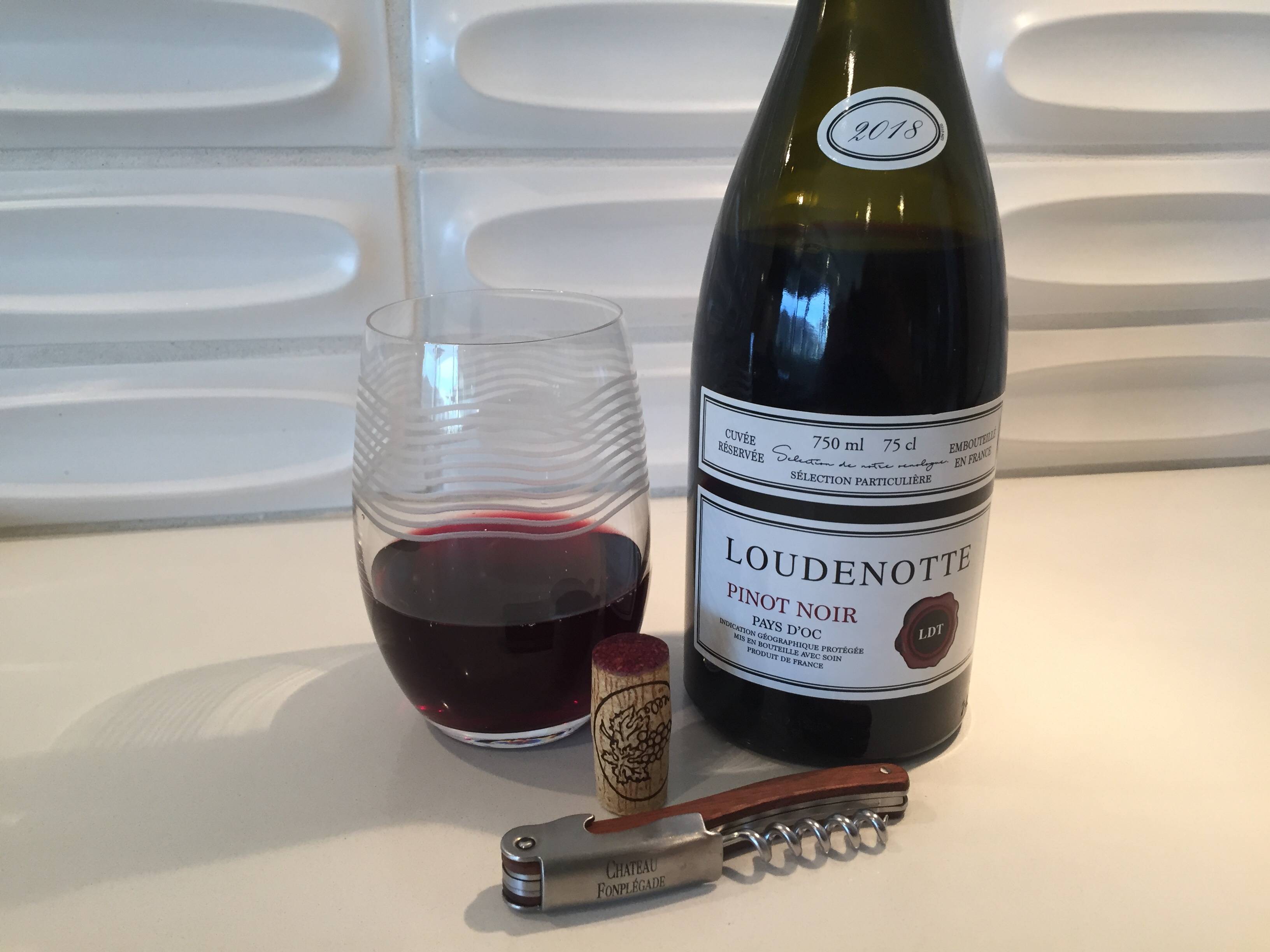 The wine pours a nice dark, red – a tad darker then I expected for a French Pinot Noir. The nose is morello cherry, spice, herbs, plum, and anise. Some would call this melange Garrique, more on that later. The wine has a silky mouthfeel and tastes of ripe black cherry, black pepper, pronounced savory herbs, and black plum. The tannins are smooth and the acidity is balanced. Would pair well with portobello mushroom burgers, salmon with sweet glazes and soft cheeses.

Maybe it should come as no surprise that this French Pinot Noir has more in common with wines from the same grape variety made in California than those of say, Burgundy.  The difference is a climate that allows for more full ripening of the grapes, and one that is not terribly dissimilar than here in the Golden State. The Pays d’Oc area has a Mediterranean climate with  hot, dry summers and mild winters. Most of the rainfall is compressed into spring and autumn. Just like California.

Pays D’Oc are wines (red, white and rosé) that are made in a large area on the southern coast of France on the Mediterranean coast.  The area is also known as Occitaine (or Occitania) hence the shorthand “Oc” in Pays d’Oc, which loosely translates to “region of Occitaine”. The area corresponds roughly to the Languedoc-Roussillon wine region – one of the largest winegrowing areas in France.

About Adding Garrique to your Lexicon of Wine Descriptors

A range of terrain is covered by the denomination, from the southern mountain ranges of the Massif Central to the river-crossed coastal plains of the Camargue. Vineyards jostle for space in the garrigue-strewn landscape. Garrigue refers to the low-growing vegetation on the limestone hills of the Mediterranean coast, not the limestone itself. There are a bunch of bushy, fragrant plants that grow wild there, such as juniper, thyme, rosemary and lavender, and garrigue refers to the sum of them. Think herbes de Provence, or a mix of fresh minty-herbal notes with more pungent, floral fragrances.  The term Garrique shows up frequently in tasting notes for wines grown in southeastern France. Using it is a good way to impress your wine-loving friends.

Speaking of friends, our friend and long time follower, Moshe Cohen first introduced us to this featured wine. It’s not the first time he has done so. And if you want to be like Moshe and have a Trader Joe’s or Costco wine tip for us, post it here in the comments section, or drop a photo onto our Facebook page.

And if your weekend finds you shopping at your local TJ’s, keep an eye out for our Lucky 13 list of TJ’s wine. It’s a veritable shopping list!