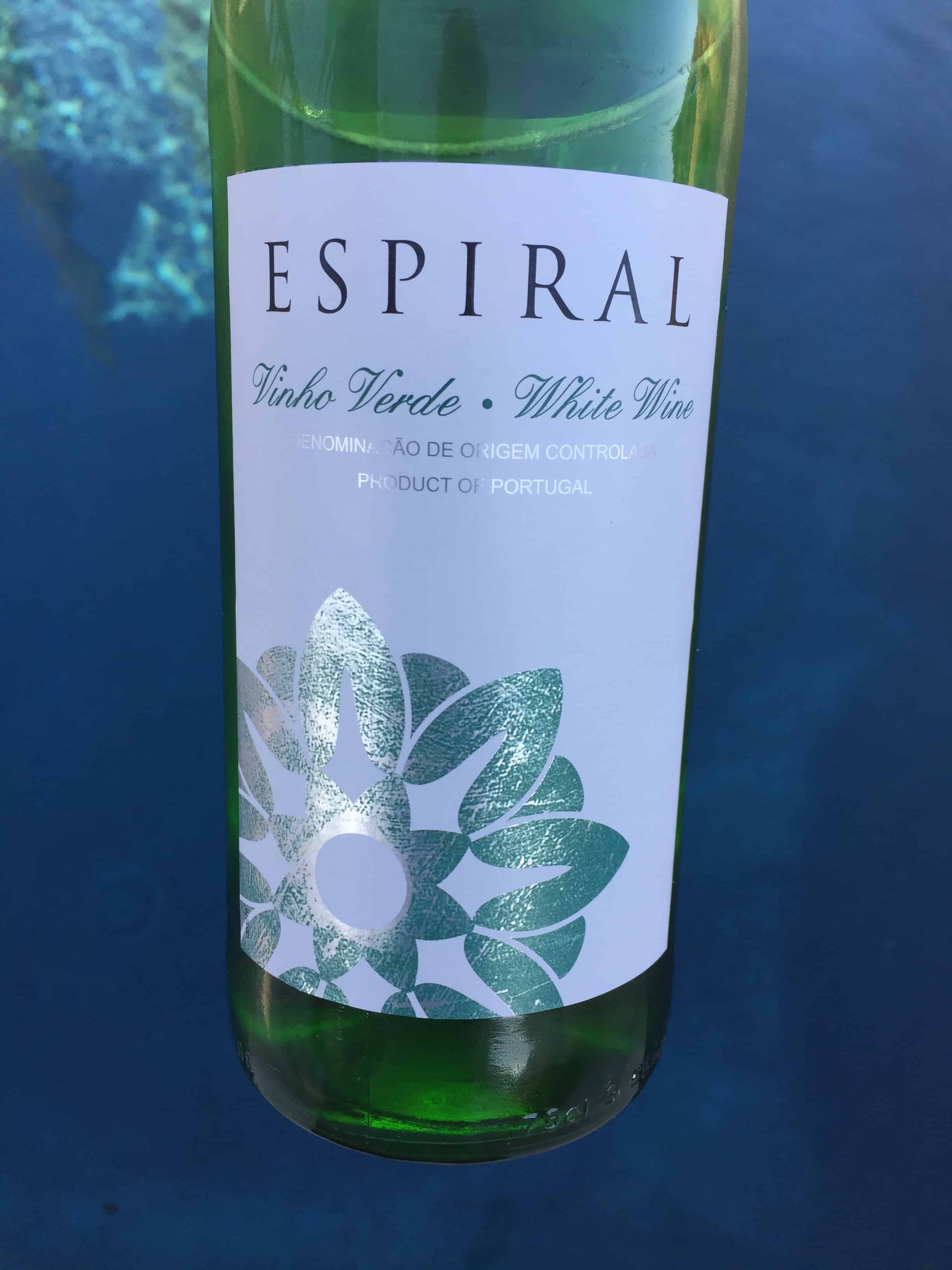 “Porch pounder” is a term used in the wine trade to refer to a wine that is easy drinking, relatively inexpensive, and simple.  I don’t mean “simple” as a derogatory term, but rather a wine that does not inspire deep thought, reflection and a thesaurus to describe what you’re tasting.

This Vinho Verde (which translates to “green wine”, a reference to the youthful state in which is is intended to be sold) would fit the bill, but I prefer to think of it as a “pool pounder” because it is the perfect wine for the “dog days” of summer and is best consumed very cold in and around water.

The Espiral Vinho Verde has pleasant aromas of green apple, limon (remember the Sprite commercials from yesteryear?), toast and tropical fruit. This is a simple, crisp and refreshing wine.  It has a nice balance of fruit and acidity that scrubs the palate clean and makes way for the next quaff, and the next fried scallop.

This is an easy wine to overlook at Trader Joe’s. First of all, it’s one of the few white wines from Portugal, and is usually buried low on the shelves. Secondly, most American wine consumers are not familiar with Vinho Verde, especially here on the west coast.

Being of Portuguese descent, and having been raised in southeastern Massachusetts (which has a large Portuguese population) I can tell you that there are some pockets in the U.S. where this wine is more common, and more familiar to the locals.

If you’re not one of those that have been converted, here are some good reasons to become familiar with Vinho Verde:

As for the aforementioned epiphanous food pairing, not only were the prawns harvested locally, so too was the wine.  Vinho Verde is produced in the verdant countryside inland from the coast north of the city of Oporto.  The Vinho Verde wine region in northwest Portugal is the country’s largest.

From the bottle: ” The wines of the Vinho Verde region in Northern Portugal are characterized by their youth and freshness. Espiral is a refreshing, crisp, medium dry white wine, made from selected native grape varieties from this region. It is great as an aperitif and pairs well with fish dishes and salads. Serve well chilled.”

We would emphasize “serve well chilled” and add, serve very well chilled. We’re trying to navigate the dog days of August and although it’s blasphemy to some, I wouldn’t hesitate pouring this wine over some ice poolside, lakeside, or wherever you are seeking a respite from summer.

If you’re  shopping finds you at Trader Joe’s, keep an eye out for our Lucky 13 list of TJ’s wine.

If you’re headed to Costco soon, you can find our most recent reviews of Costco wines here in our Lucky 13 list.

3 thoughts on “A Tiny Porch Pounder from Trader Joe’s – with a tiny price.”