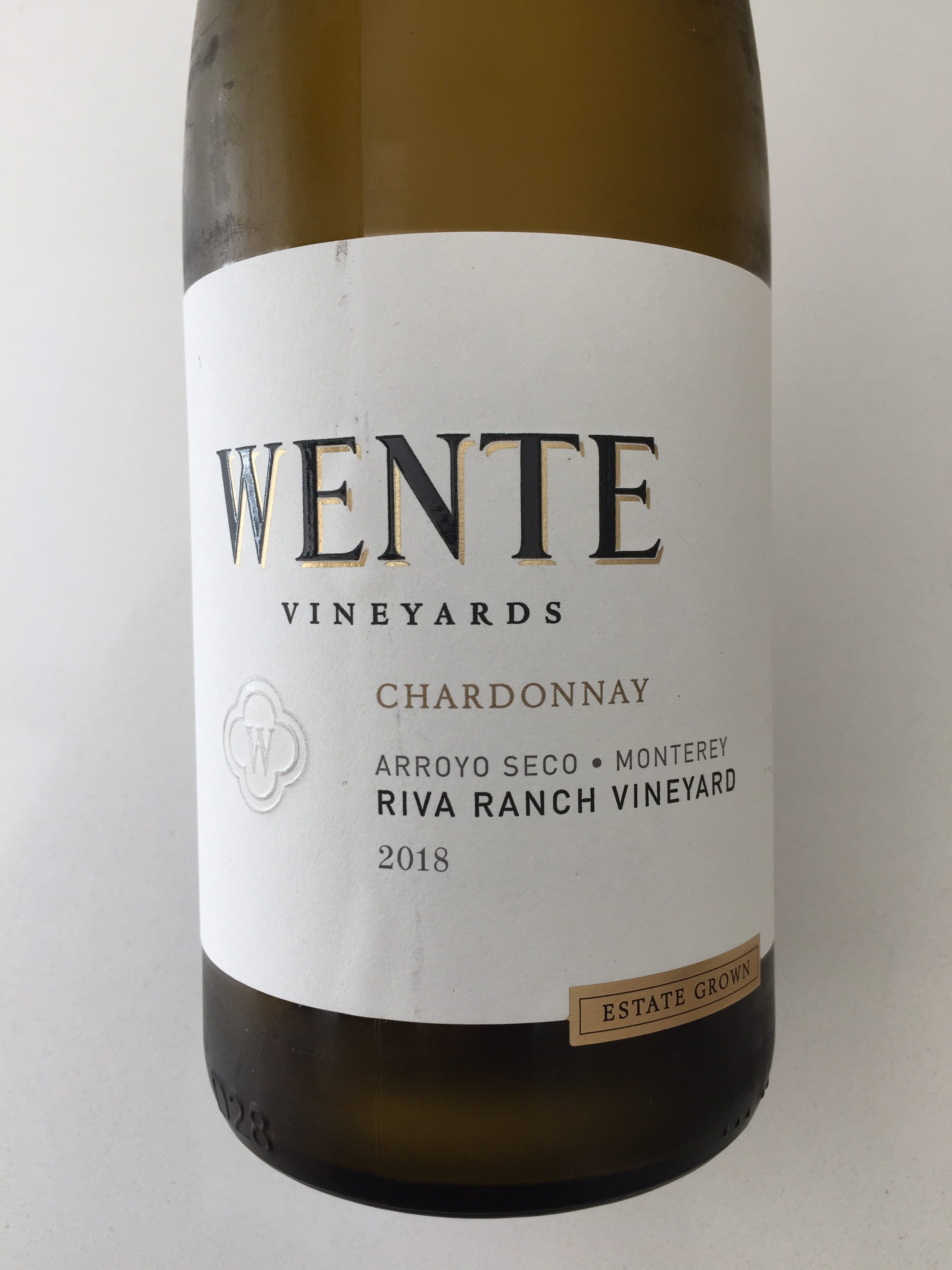 In the wine trade, much emphasis is put on whether a wine is from the “current vintage”.   Basically, this refers to the vintage that the producer is currently releasing for sale.  So while it may look like these two wines couldn’t possibly be both current vintages, they are.  The reason lies in not only the fact that one is a white wine (which typically is aged for less time) but also because of the regulations that surround the Spanish wine region of Rioja.

Read on and learn more…

This Week’s Selection from Costco:

This is another one of those “instant discount” wines that we like so much as Costco, which in this case lops $3 off the bottle price and results in a net price of $11.99.  It’s a lot of yummy Chard for the money.

Wente’s Riva Ranch Vineyard Chardonnay is sourced exclusively from its vineyard in Arroyo Seco, Monterey.  When all the grapes from a particular wine come from a single vineyard (in this case, Riva Ranch) it is referred to as a “vineyard-designated” wine.  This is generally viewed as a good thing.  As is the term “estate grown” which means that the winery making the wine, actually owns and/or controls the vineyard(s) where the fruit is grown.

Wente has been growing wine grapes at the Riva Ranch Vineyard in Arroyo Seco since the 1960’s.  This AVA is widely regarded as one of the best places in California to grow Chardonnay. The long, cool growing season and deep gravelly soil ripen the Chardonnay grape perfectly, resulting in wines with a natural balance of sugar and acidity.

Curious about where the Arroyo Seco wine region is located?

Arroyo Seco is just south of the Santa Lucia Highlands AVA, which you may remember from this post a few months back.

The wine opens with bold oak aromatics, complemented by tropical fruit and creamy notes of butter, vanilla and subtle oak from its 8 months of barrel aging.  There are sweet baking spices on the palate, finishing with a round mouthfeel. This wine would pair well with creamy risottos, chicken pot pie and even movie theater popcorn. Crab cakes or boiled lobster would be a no-brainer!

One more reason to like this wine: Wente Vineyards is a Certiﬁed California Sustainable Vineyard and Winery. Less than 2% of all California wineries have received this certiﬁcation. So you can feel good about a wine that tastes good.

This Week’s Selection from Trader Joe’s:

Hailed as the star red variety in Spain’s most celebrated wine region, Tempranillo from Rioja, or simply labeled, “Rioja,” as this one is, produces elegant wines with complex notes of red and black fruit, crushed rock, leather, toast and tobacco. The best Rioja are capable of decades of improvement in the cellar. This one could be aged, but tastes delicious now.

Red wines labeled Crianza may not be sold until their third birthday, so that is why this is the current vintage. It would have just been released late last year. Another regulation for Rioja wines designated as Crianza is that they must have spend a minimum of 6 months in barrel.  This one was aged for 14 months in French oak casks – even better!

In the glass, the wine has a lovely black-cherry color. On the nose, it has ripe fruit aromas, with black spices and mineral notes coming through, giving the wine a fine, elegant character.  On the palate it shows good structure and body, with noble tannins, good acidity and lots of flavor. It finishes full and long with a lingering, harmonious aftertaste.

Pair with red meat, game, roasted sausage or a charcuterie tray like the one pictured below:

I often state how ridiculously good the red wine values are that come out of Portugal and Spain, and this wine helps supports my argument, as did the wine we featured just a few weeks ago.  Sharp readers of this blog may be sitting at home asking themselves: “hey, isn’t Rioja pretty close to the Calatayud wine region?  You can see the answer in our post from January 2nd of this year.

If you try either, or both of these wines, let us know what you think by leaving a comment here or on our Facebook page.  And if there is a wine you think we have overlooked, by all means, let us know about that too..