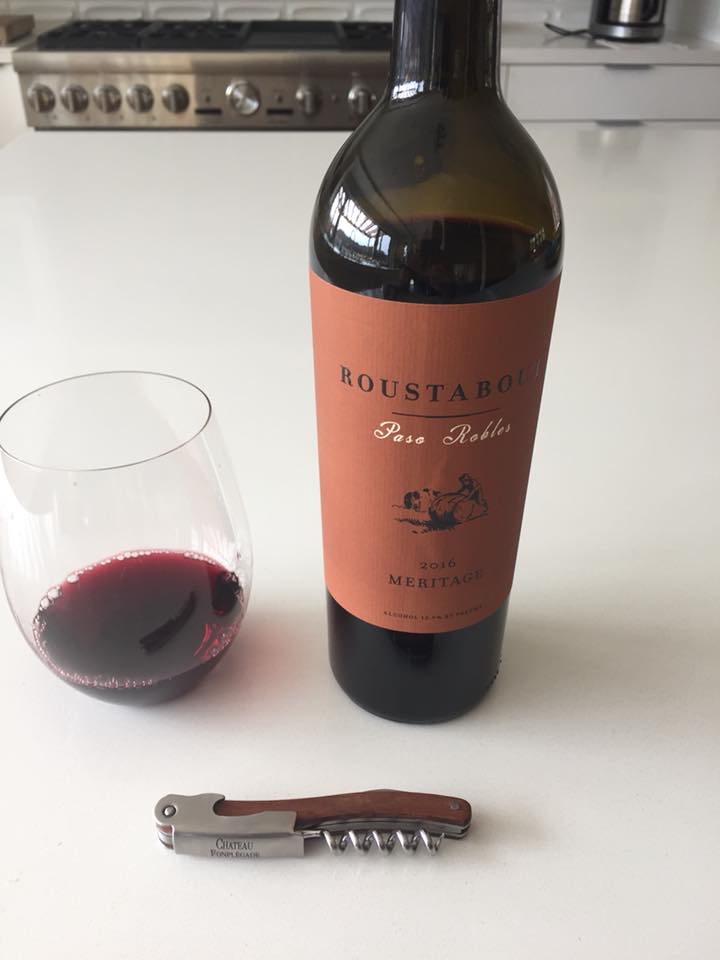 So this red caught my eye at Trader Joe’s recently.  There were two things that first attracted me to this wine:

The only thing that made me even a little bit skeptical was the price: $7.99. Although, most wines that sell at this price point carry the underwhelming appellation of merely “California”, which is why “Paso Robles” – at under $10 – caused me to do a double take.

Speaking of California, the word Meritage was invented here.  And to use the trademarked term, a winery must subscribe to the Meritage Association, which is comprised almost exclusively of California wineries.  While there is such a thing as white Meritage, they are far less common than red ones.  The reds must be produced using the only the same five red grape varieties (Merlot, Cabernet Franc, Malbec, Petit Verdot and Cabernet Sauvignon) employed by winemakers “across the pond” in Bordeaux, France.

This wine is an really solid value.  It’s easily worth twice its $7.99 price tag.  Maybe more. This Roustabout Meritage (made by one of the region’s top vintners) has really nice structure, delicious concentrated fruit flavors and firm tannins. You could age this little gem for a couple of years, but I say enjoy it now with some roasted meats, a juicy burger or a spicy sausage.

1 thought on “MmmMeritage at Trader Joe’s”