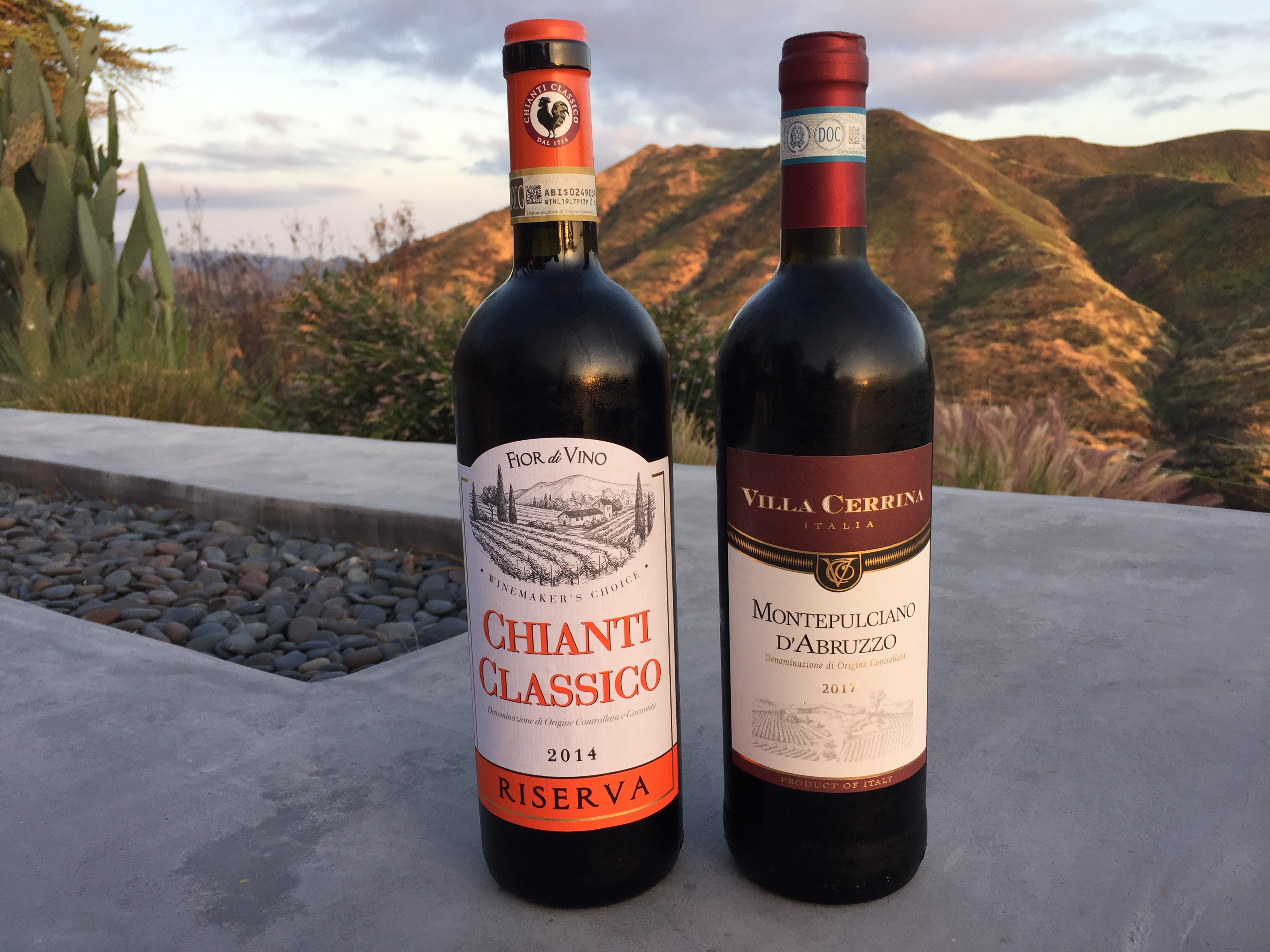 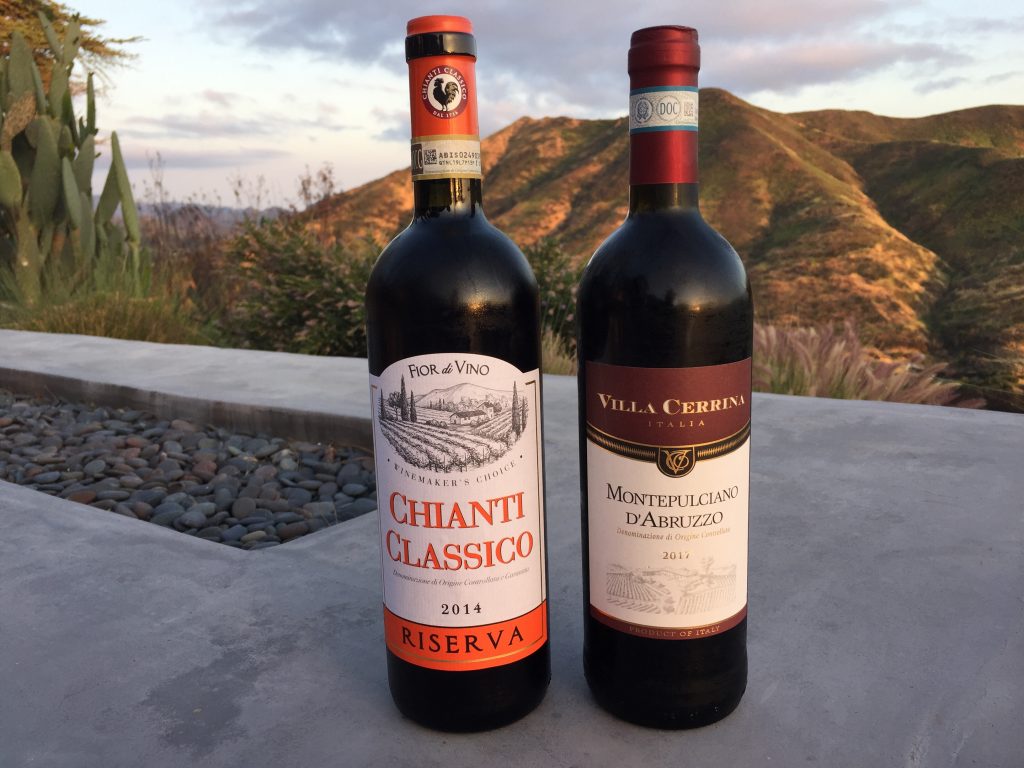 Perhaps not surprisingly, we taste a lot of different wines in our house.  And every now and then we like one so much we return to the store to stock up on more.  In this case, there were two wines that caused us to “beat feet” back to Trader Joe’s.  Both were Italian, and – good news – both are well under $10.

These are perfect weekday house wines.  Heck, you could say that Chianti is the house wine for the entire country of Italy, since it is the most commonly consumed wine in Italy.  What’s more, it is the most commonly consumed Italian wine in the world. Both would pair exceptionally well with pizza, pasta, burgers and BBQ.  Another reason they make good weekday wines?  The relatively low alcohol  levels. Both are just 13%.

What caught my eye about the Fior di Vino Chianti Classico Riserva was admittedly the $6.99 price. Given the rules by which a winery must abide to label their wines as such, these are pretty pricey wines to make.  By law they must be made predominantly (80% or more) from Sangiovese grapes. These same laws also prescribe that the wine must spend a minimum of two years being barrel-aged.  This is followed by three months of mandatory bottle ageing. So while 2014 may sound old the wine was only released to the market in 2017.  This one is blended with Cabernet Sauvignon. It is medium-bodied with nice acidity.  In the glass it shows earthy aromas of leather and smoke and flavors of cherry, cranberry and red fruit

The wine from Villa Cerrina is not terribly dissimilar to the Chianti.  It is a little more fruit forward.  In addition to flavors of cherry and red fruit flavors, the Montepulciano grape (which is a bit more muscular than Sangiovese) contributes notes of plum, black berry and cherry.

Montepulciano is the name of a workhorse red grape variety planted on much of central Italy.  It is also the name of a Tuscan town where it is most widely planted grape variety.  Thus Montepulciano d’ Abruzzo (or MdA for short) is descriptive – it literally just means Montepulciano from Abruzzo, and these wines have a reputation for being excellent values.  I would emphatically agree give the incredible quality price ratio (QPR) this wine represents at $4.99.  That’s not  a typo.

Like I said last week when I reviewed a pair of rosés from Costco https://wp.me/p9ygim-97 if you can’t decide which of these two to try, why not buy one of each for under $15.

3 thoughts on “Transport Yourself to Italy for Under $10 and Save Thousand$ – Thanks Trader Joe’s!”