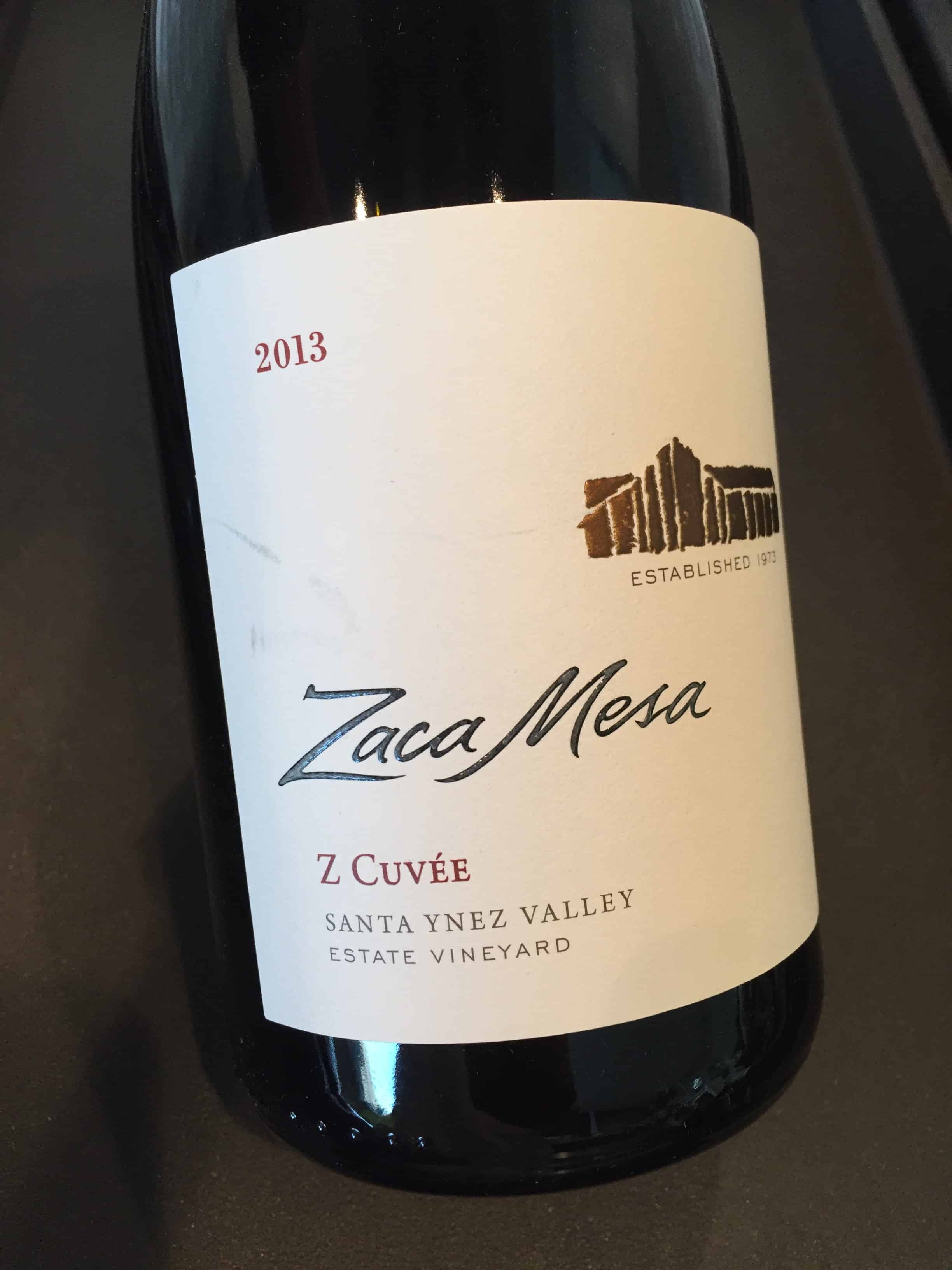 Taking one for the team, we finally donned our facemasks, waited in line and made our way into our local Costco.  Our relatively long hiatus was rewarded with a slew of new discoveries such as this one.  It would have been a great deal at its regular $13.99 price, it’s a screaming good deal while Costco is lopping $5 off.

Before awarding 91 points, Wine Enthusiast magazine had this to say about this wine:

“For one of their lower-priced bottlings, this blend of 55% Grenache, 40% Mourvèdre and 5% Cinsault is a great deal. The nose shows exuberant black raspberry, scarlet rose petals and fresh lilacs against a backdrop of dewy thyme and oregano. That herbal component carries strongly to the palate, giving nuance to tangy plum fruits. The savory touch would pair with everything from pasta to Asian-spiced beef.”

I have to admit that I was a little concerned about this wine’s 2013 vintage.  I was afraid it was being discounted because its fruit was starting to fade.  Those fears were unfounded. This is a wine that was built to last, or at least to last longer than 4-6 years. When researching other reviews of this wine, I found that the Connoisseurs Guide had predicted Z Cuvée had “the structural integrity to age gracefully and improve for four or five years.”  In 2017, Wine Spectator said “drink now through 2023.”

That said, my tasting notes reflect the fact that in 2020 the wine has started taking on some of the characteristics of an aged red wine.  The color is more of a brick red than a vibrant purple. On the palate it is showing nice notes of tobacco, sandalwood and cigar box. Those are good things, trust us.  We like it when someone ages the wine for us, and then sells it at such an attractive price.

Being that Santa Barbara county is in our back yard here in Southern California, where it is within 2 hours of Los Angeles, most here are familiar with the region and its wines.  That becomes less so the farther you migrate out from this region at the southern end of the massive Central Coast appellation, which also encompasses Paso Robles and San Luis Obispo.  Which is actually good if you are a wine consumer, because wines like the one we are featuring this week would fetch a lot more per bottle if they had the Napa or Sonoma name on the front label.

The Santa Ynez sub-appellation straddles the 101 Freeway, which is significant. To the west of the 101 (we Californians like to precede our freeway numbers with “The”) the cool, moist coastal influences of the Pacific Ocean make perfect growing conditions for Burgundian varietals. Like Carneros to the north, Chardonnay and Pinot Noir thrive there north of Point Concepcion, and bottlings from there do sometimes fetch Napa-like prices.

To the east of the 101, home to Zaca Mesa, the warmer temperatures make it more suited to an entirely different pastiche of grape varieties.  Early on, the pioneers in the early days of Santa Barbara hitched their wagon to Rhone varieties, such as those that comprise this blend. Along with Firestone Winery, Zaca Mesa was indeed among those pioneering and pursuing a vision of world class wine making in the region.

In France, and especially Champagne, the term cuvée is more significant descriptor.  But in the US, it  tends to be just a fancy word for blend. But it’s French, so it helps with branding.   We have reviewed a number of wines that combine the Rhone varieties of Grenache, Syrah, and Mourvedre (aka “GSM”) and you can find them here and here.  This blend substitutes the Rhone variety Cinsault for Syrah, so I guess you could refer to this particular blend as a GCM.

A quick visit to the Zaca Mesa website shows that the current vintage of Cuvée Z is 2016.  It also shows a price of $25.  Which just makes me wish I had picked up more than one bottle.

We are raising a glass and toasting your good health, cheers!