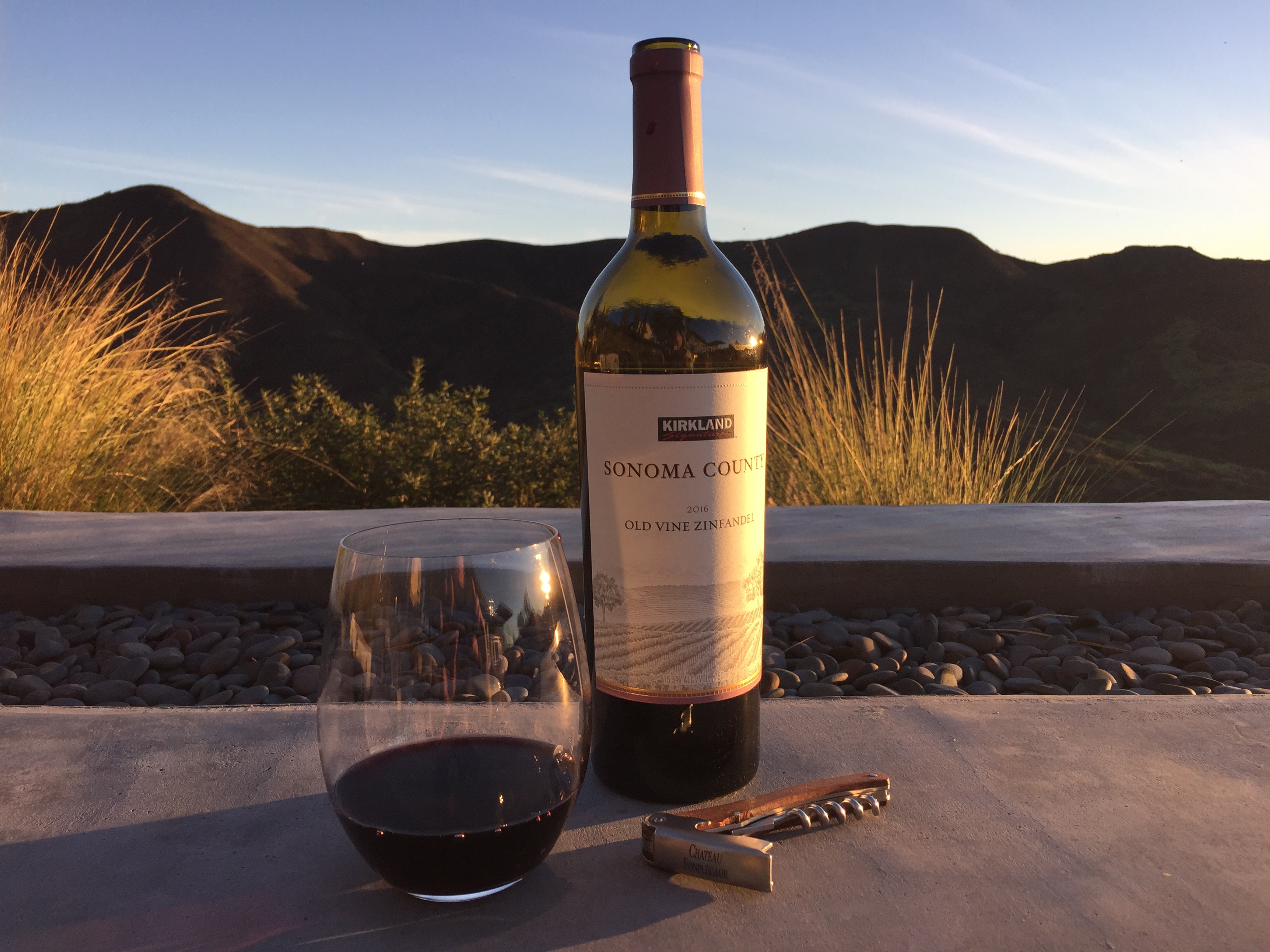 In past posts like the one for the Jack London Merlot https://wordpress.com/post/vinopointer.com/339 I have discussed the consumer benefits to certain wine varietals going out of vogue.  In addition to Merlot, you could add Syrah and Zinfandel to the current list.

For whatever reason, the three red varieties are a bit down on their luck and discriminated against by the consumer and/or the “gatekeepers” (AKA wine buyers) in wine trade who ultimately decide what ends up on the shelf at your favorite wine merchant.

Three things tend to happen when wine varieties go into a slump:

You could think of California’s Sonoma Valley as the Isle of Zin.  It is here where the grape finds its most distinctive expression.  This wine is a classic old vine Zinfandel from Sonoma vineyards with an average age of 45 years.  In the glass the wine is opaque, almost inky with shades of deep red/purple fruit and bouquet and palate structure of blackberry, cassis, blueberry and chocolate with vanilla and spice in a supporting role. (It’s Academy Awards season here people!)

So what makes old vines so special?

Think of the a grapevine as having a finite amount of flavor it can impart each vintage. The more grapes the vine produces, the less concentrated the resulting wines will be. This is one reason younger vines are pruned to produce fewer grapes. When an old vine’s vigor has plateaued, a grower is left with that plant’s most extracted grapes — the vine is distributing all of its flavor among fewer grapes. The wines are more expensive at this point, from grape to glass, because the quality is thought to be higher and volume is lower. “Old vines contribute an intensity and complexity of flavor to the wine that cannot be replicated by any other method,” says Ridge Vineyards, whose 115-year-old Lytton-Springs vines make one of the nation’s best-loved Dry Creek Valley (a sub- appellation of Sonoma) Zinfandel blends.

Zinfandel is the best known California name of the black grape variety known in its native Croatia as Tribidrag.  A better known twin are the wines made in Italy (more specifically Puglia) as Primitivo. The grape, then known as Zinfindal, is believed to have arrived in California in the mid 1800s, where it was planted in both Napa and Sonoma. Today more of the grape variety is planted in California (roughly 50,000 acres making it the second most planted grape variety)  than anywhere else in the world. Dry Creek Valley in Sonoma has demonstrated proficiency for crafting fine wines from this underestimated variety.