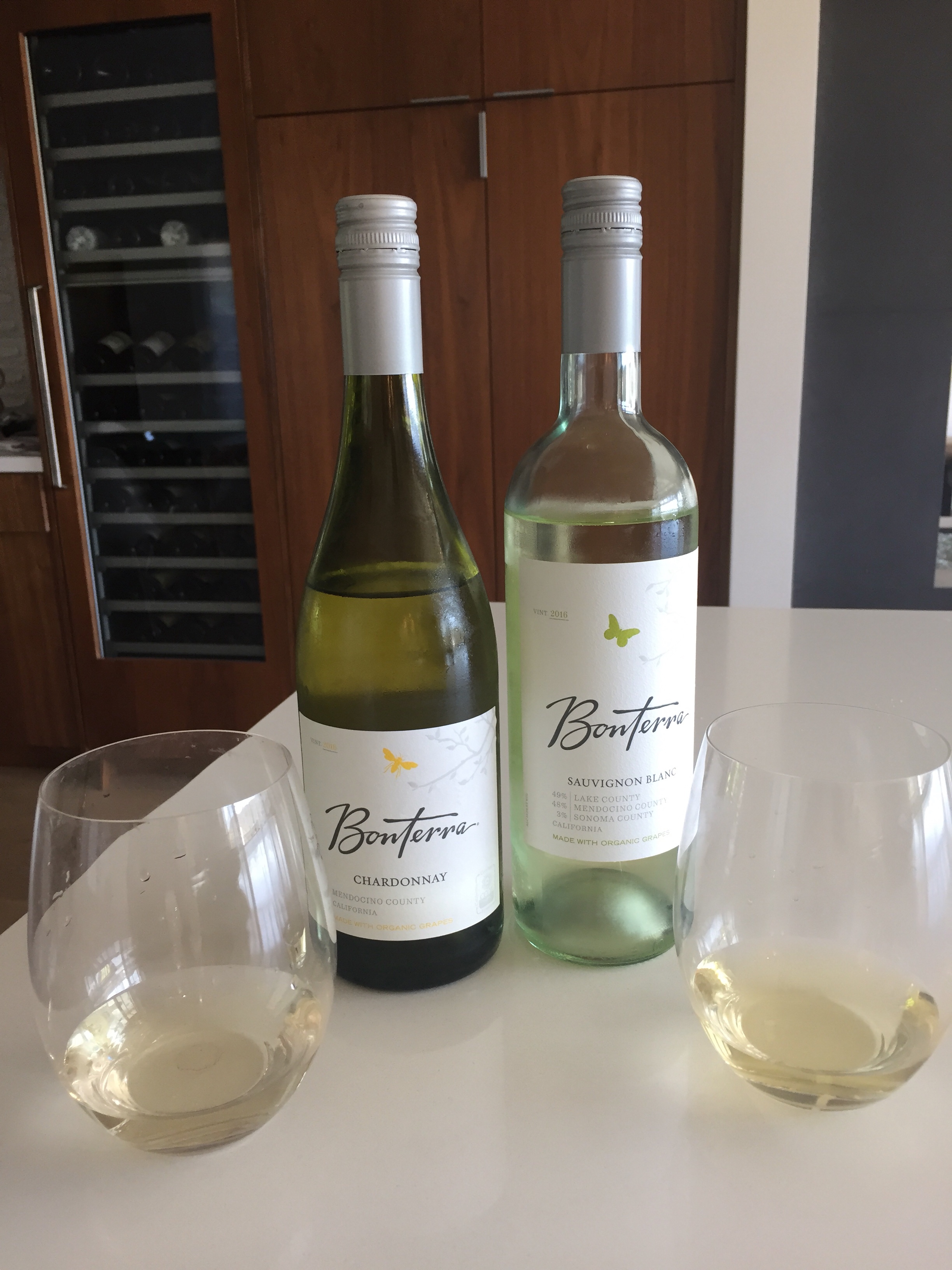 It’s not news that it’s hot just about everywhere in North America now. So heavy wines, as a general rule, are out. Lighter, brighter wines (especially white wines served well chilled) are in…at least at my house.

The summer heat here in California probably was no small factor in my selecting these two wines.  The wines were produced mostly from cooler climate vineyards which suggested that the wines would retain some bracing acidity, and be food friendly and refreshing.  Both wines delivered.

The Chardonnay is delightful in its simplicity. It veers towards unoaked renditions, which I especially enjoy when the weather is warm.  If you are one of those wine drinkers who have adopted ABC (Anything But Chardonnay) as your mantra, you might actually find this one pleasing.  Conversely, if you adore big, buttery Chards, this wine may not ring your bell.  But that doesn’t mean it isn’t delicious with its flavors of green apple, pear, citrus and just a touch of toast from its time spent in contact with French and American oak casks.

The Sauvignon Blanc is everything you want a California version to be: it has a delightful nose promising flavors of of grapefruit and kiwi, and in the mouth adds flavors of honeydew melon.

One other thing that caused to want to take these two wines for a test drive was the fact that both are made from organically grown grapes (Bonterra has been a fixture in the organic wine space for many years) and I wanted to see how these stacked up their non-organic competition.

You can’t go wrong with these two.  And since both feature a no muss, no fuss screw cap, you can get to your wine when the heat is on.