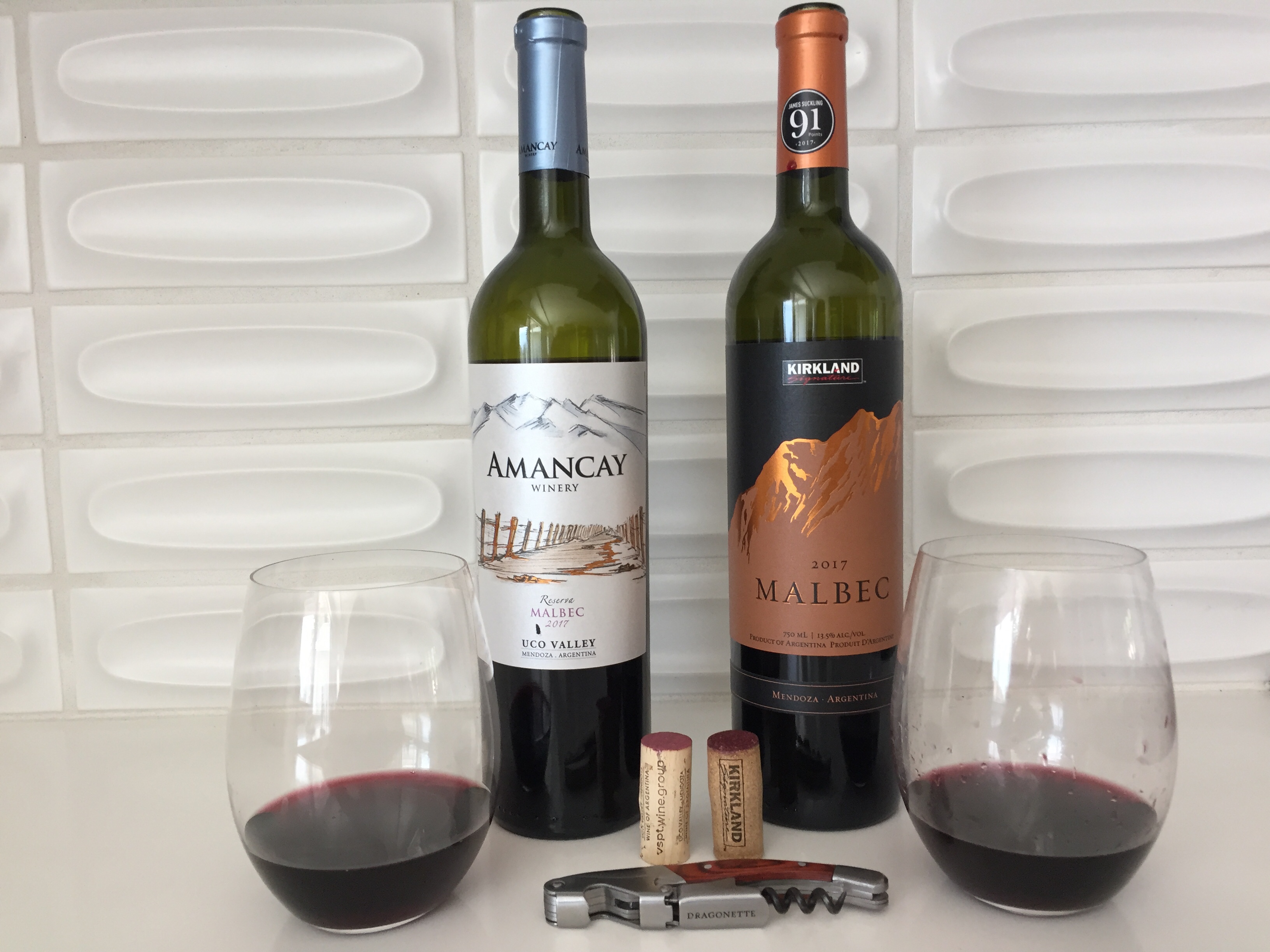 Normally, we only review wines we like and are prepared to recommend you buy. But every now and them we find two wines that are begging to be compared – with only one being declared the winner. This is one such post.

On their faces, these wines have a lot in common. Both are Argentinian Malbecs from Mendoza, and both are from the same 2017 vintage.  (Although keep in mind that in the southern hemisphere, the grapes for these wines would have been harvested during  our Spring of 2017.)   They even have an identical price point, one more reason we wanted to square them off against each other.

As you can see in the photo above, in the glass these wines are still very similar, both displaying a pretty dark magenta color.

Once tasted, the two both show bright flavors of blueberry, blackberry and vanilla.  Minerality and nice acidity lighten the wines, which are more medium-bodied than many more expensive Malbecs from this region.

There WERE a couple of key differences between the two that proved to be decisive in this smack-down. When first poured, I found the Amancay to have some unpleasant (to me) metallic flavors.  These faded as the wine sat, but did not disappear entirely.  I also found it to be a bit more tart and astringent on the finish. When I re-tasted both several hours after opening, my opinion of which was the better wine was unchanged.

The Kirkland Signature (KS) Malbec was a bit more fruit forward, soft and balanced.  I wouldn’t have awarded it 91 points like critic James Suckling (and promoted on the neck capsule of this bottling) but it was the better of the two wines, even if only by a small margin.

Long time readers of this blog might recall that we reviewed this Kirkland Signature Malbec 2017 once before, you can find the review here.

All that said, even though these wines are very similar stylistically and both are well worth their $6.99 price point, the KS rendition is the better wine.

If you are looking for an authentic culinary experience to pair with your Malbec, you can’t go wrong with some empanadas and a peppercorn steak with chimichurri sauce.  The Argentinians I met in Mendoza would consider the chimichurri sauce a vegetable or side salad!