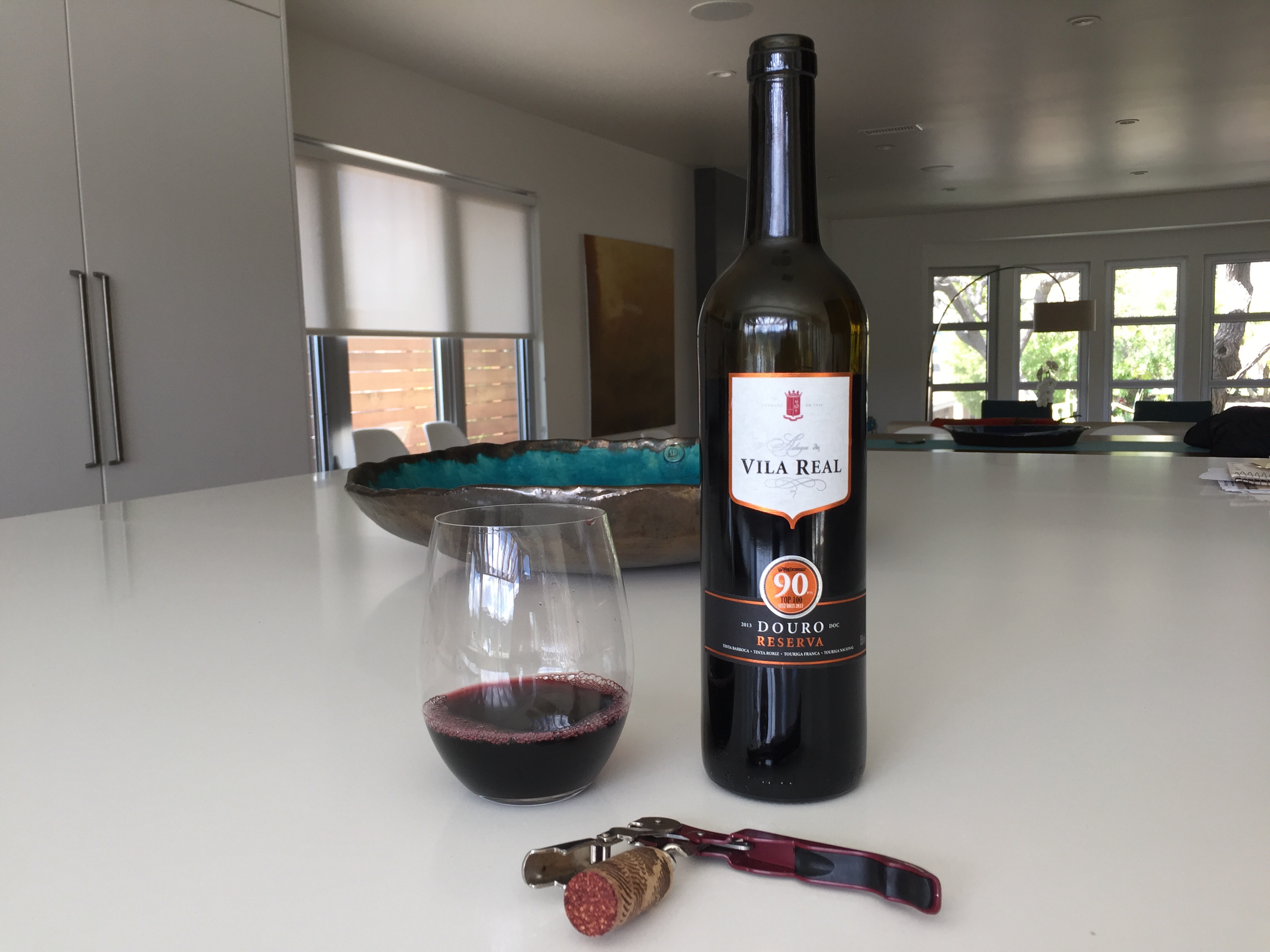 First, just let me say that Costco has been on a roll lately.  I find that both Trader Joe’s and Costco tend to “run hot and cold” in the wine deals and steals department, but of late Costco has had some serious game when I am scouring bins for interesting wines under $10.

The Douro Valley is most famous as the source of the fortified wine Port, which has been made for centuries. It is fairly new to the production of high quality red table wines, which mushroomed following Portugal’s entry into the European Union in the 1990s. This roughly coincided with a shift toward a new reliance on superior red grape varieties, most of which are unfamiliar to American wine consumers.  Case in point, this particular wine is a blend comprised of 25% Tinta Barroca, 25% Tinta Roriz, 25% Touriga Franca, and 25% Touriga Nacional.  But what a delicious blend it is!

You may recall that last week we reviewed a Corsican white wine that had been awarded 90 points by the Wine Spectator and was being sold by Costco for a mere $7.99.  (If you missed it, you can find the review here: https://wp.me/p9ygim-86.)  Hard to believe, but this wine from Costco one-ups even that one: it was awarded 90 points by rival publication the Wine Enthusiast and – at $6.49 – over-delivers on the quality to price ratio (Q:P).

We said of the aforementioned Corsican wine that it is worthy of being considered your “house white” wine in the upcoming warm weather months. This Vila Real could be its companion as your house red.  Neither will break the bank and both will over deliver on quality.

The photo above represents a bit of a reunion.  We found the teal and gold ceramic bowl in the background in a potters gallery in the charming seaside city of Oporto, at the mouth of the Douro River. The wine and bowl seemed happy to see each other and converse in their native tongue. 🙂

This is a wine that pairs really well with grilled meats, including burgers.  It also is a good surrogate for Italian wines when serving pasta and rice dishes.  It features intense aromas of black fruit, spice and licorice, pleasantly velvety in the mouth with a long, warm and flavorful finish.