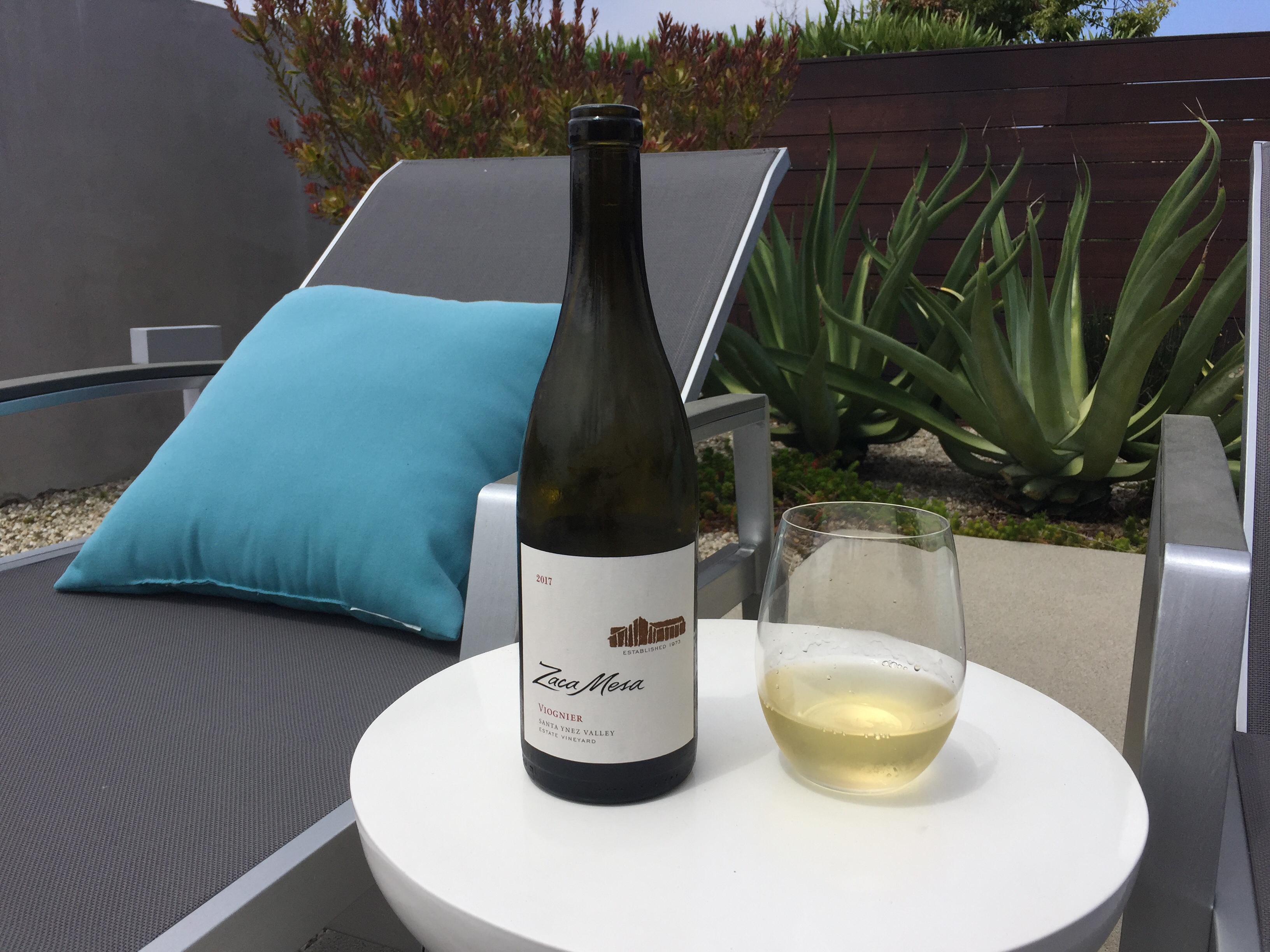 This Zaca Mesa Viognier is a staple in the wine bins at Costco, and in my house. At this price, it’s pretty hard to beat.

While Viognier produces some of France’s most prestigious white wines (Condrieu and Chateau Grillet for example) more affordable versions come from the Languedoc region of France as well as from new world producers including Australia and California.

Deep and golden in color with a rich and intense flavor, this rendition from Zaca Mesa winery of Santa Ynez (in Northern Santa Barbara county on the Central Coast region of California) is restrained yet complex.

Once poured, aromas of honeysuckle and ripe peaches emanate from the glass, tricking you into thinking the wine will be on the sweet side, like a Gewurtztraminer.  But don’t be fooled, it’s a dry table wine. The palate has notes of ripe apricot, melon, lychee, and a lingering touch of minerality and spice, a signature characteristic of the estate vineyards says the winemaker at Zaca Mesa.  Estate fruit for $10.99.   I don’t mind if I do…

One of the main reasons that wines made from this grape should be thought of along with Chardonnay and Sauvignon Blanc is because it’s incredibly food friendly, especially when you are struggling to find something to pair with spicy cuisine like Indian, Chinese or Thai dishes.  It would also pair well with sushi and poultry.

California plantings of Viognier – at just over 3,000 acres, mostly on the Central Coast -are second only to France. It does especially well on the Central Coast which enthusiastically embraced the grape varieties of the northern Rhone of France.  These include Viognier and Syrah, sometimes combined and co-fermented. Most are notably high in alcohol as the grape needs to be fully ripe before it displays its signature aromas.

The Bottom Line on This Wine

I like it, and as I have already suggested, not only would I buy it, I often do!